Bengaluru, April 27: A few weeks before former Manchester United star Wes Brown agreed to a deal with Kerala Blasters to play in the Indian Super League (ISL 4), his life almost turned upside down. Remember the Manchester attack? A suicide bomber, later confirmed as Salman Abedi, unleashed terror at Manchester Arena at the end of an Ariana Grande concert on May 22, 2017. Among those in attendance at the concert was Brown's teenage daughter, Halle, 14 then.

As soon as the explosion went off, Halle called up her mother Leanne, who was at home with Brown. At first, Leanne didn't believe it but as her daughter frantically explained what she was seeing - dead people and blood - Brown and his wife immediately rushed to the site to pick her up. Halle is safe but Brown can never forget that day and the horror it caused. Who can, anyway?

"It was the first time she was out on her own," Brown, more than 8,000 kilometres away from the epicentre, is lost for words. "Luckily, she was safe and was okay after the incident. It was distressing. Luckily, we got her on the phone the whole time (when the bomb went off). It made us know that she was okay but for everything that happened, it was a bad time."

It's hard to say Brown has moved on. But the world has to.

The incident with the daughter apart, the two-time UEFA Champions League winner, in the city to promote the Theatre of Dreams - a virtual reality experience about Manchester United set up at the Orion Mall, Rajajinagar - freely shares memories from his time under coach Sir Alex Ferguson, the club under Jose Mourinho, his time at Kerala Blasters and the recent relegation of his former club Sunderland.

Sir Alex Ferguson, Manchester United coach, often used the hair-dryer treatment (verbally tearing into players) if anyone performed badly. What was it like and were you ever at the receiving end of it?

Brown: I have had an equal share of that. The manager knew that I would play better after that (treatment) so he saved it for the most important times.

If you have not played well in the first half, you are definitely going to get that. If you played well too, you might still get it some other way. It was important that we kept our focus and continue what we're doing in the second half. As you know, games can change at any time and we gotta keep the same mentality and focus to excel. That was his message at half time most of the times actually.

Has Manchester United deviated from its traditions under Jose Mourinho?

Brown: Obviously he's a different manager. They come with their different ways of playing. Since the time he has been there, we've won trophies. We're second in the league this year and in the final of the FA Cup. He's doing a good job. It's shame he can't fit and play all the players. But that's football. Every year we're improving and hopefully, we are closer to winning the title next year.

Wes Brown played for Kerala Blasters in the ISL 4

What went wrong for Sunderland, a club you played for which has now been relegated from the Championship as well?

Brown: It's bad. After the Premier League relegation last year, that makes it two on the bounce. I am not sure why it happened but the fans have been brilliant and backed them throughout. I don't think they got the players they wanted in the beginning of the season and injuries to key players carried on through the season. They never got a break in the season and have been unlucky. I am sad as a former player. John O'Shea was there when they got relegated from the Premier League and even now, he's there and he's disappointed. Hopefully, the club can sort it out next year and come back up.

You brought your experience in England to Kerala Blasters. What was your impression about Indian football?

Brown: The new football scene of India and the league (Indian Super League) is just four years old. I knew it was going to be different before I took up the job. I enjoyed my time at Kerala. The lads are great you know. They understand the game. Obviously, the ISL is not the Premier League but it's different. Hopefully through the years, you can get the quality and the high standards better. In general, the preparations in the ISL and Premier League are same before any game. The lads wanna do well. Practice and time is needed now and in a few years, they will get better and do the same for the national team as well.

Kids need to start football at a younger age, like cricket?

Brown: Hundred per cent it needs to be like that. It was different when I was younger. We started football like you start cricket here - from a young age. We start kicking the ball when we're three or four years old and that's not established yet here. Cricket is the No 1 sport here. Once it gets going, you will see the difference young players as they go up. The basic things like dribbling and ball control come naturally without thinking and the standard will get higher.

What are your plans after retirement?

Brown: I will play as long as I can. I love to play. Later, anything that comes up is good - not just in the pitch but behind the pitch as well, (I'll take it up).

Planning to continue in India?

Brown: Hopefully, yeah. I have not seen the manager (David James) in a while. I will speak to him and see how it goes. 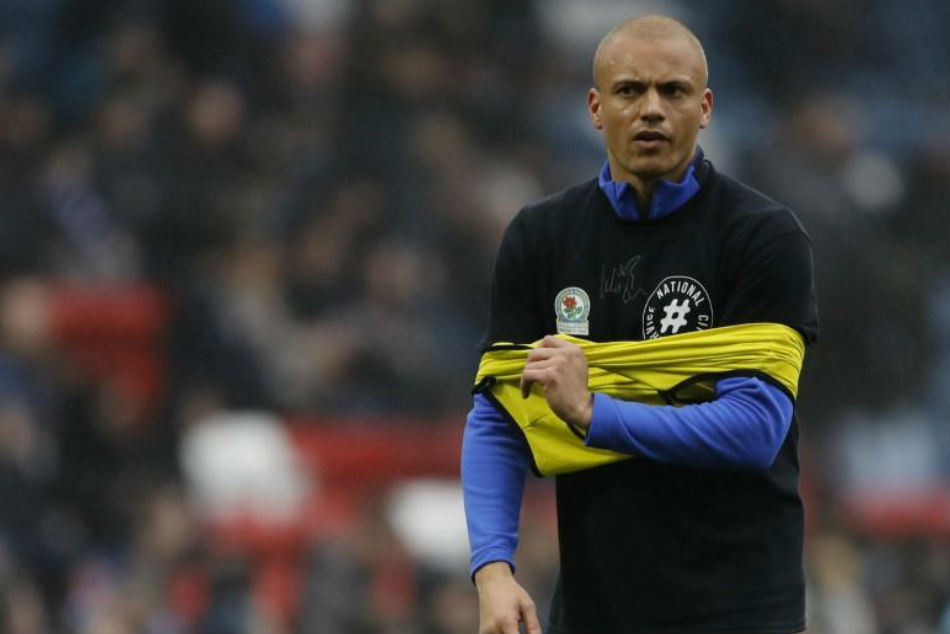 Is Arsene Wenger's retirement good for Arsenal, your arch-rivals?

Can Manchester City be stopped next year?

Brown: Yes, of course. Things can stop being the same. This year, hands down they have been brilliant. You know, attacking the way they are - as a team - and they won the league in style. They definitely deserved it, wrapping it up already with games to spare. I feel the next year will be harder. They will do the same in the beginning but other teams will have a plan figured out against them. they will need to step up the game and I am sure they will.

What's your memory about the assist you provided for Cristiano Ronaldo in the 2008 UCL final against Chelsea?

Brown: It's up there. Very close to the 1998/99 UEFA Champions League win. The feeling everyone had that night after what happened that way was great. The scenario and how we won the Champions League in 1999 was memorable. That was hard to beat. In 2009, obviously the final was against Chelsea. Assisting one goal was a brilliant moment for me personally. Those are a great bunch of lads and more than that, they are my family and friends. Now, we have all gotten on (with our lives). But that season, it went well for us throughout. You can see from that season and the way we won the last match. Obviously, it went to penalties but that's football.

To be fair, we practised left-footed shots for up to two weeks before the final. (Michael) Essien was playing the right-back at that time for Chelsea and (Cristiano) Ronaldo was on the wing and he was good in the air. We practised that passing style and in the match, I got my left foot there. But it took a lot of practice.

Describe the feeling of playing with Ronaldo.

Brown: It was brilliant. People used to say to me that he will be big and I would say yeah. It was good to play behind his position. I was right-back most of the games. As you can see, he's a great player and changed himself so hard (to stay relevant). That's what I want for the Indians - the guys who play need to train hard and learn from that.

What are England's chances this 2018 World Cup in Russia?

Brown: I always want England to do well. I am not sure about their chances - they need that mentality they had from the qualifying stage. When we get there (Russia), the lads have to respond. I think they are doing okay but need a lot of luck to do well.

I don't think everyone is going to say we're going to win it. We need to relax and just get on with our game.

Will assembling the squad sooner help for England?

Brown: It will help. I have been in five or more England squads. The lads get on fine but people in the press change that. But yes, the longer you are in training together, it works out the better for the team. But it doesn't necessarily mean they need a lot of time to gel together. Five to six weeks before the World Cup anyway they will assemble and prepare for it. May be it's looking up for us.

Did the Theatre of Dreams setup here bring back memories?

Brown: It certainly does bring up a lot of memories. Even when I walked in, it helped me remember those times. I have not done it (revisited) in a while. Now I am getting to see some of the stuff. I have played with a lot of those boys who are in the current squad too and the tribute to the Munich disaster (is thoughtful) and it's all just brilliant. It puts a smile on your face.