The Blues, who face Southampton in Sunday's semi-final, have endured a difficult campaign after storming to the Premier League title last time out.

Conte's men are five points behind Tottenham in the race for fourth position, but the Italian says that finishing fifth and beating Manchester United in the FA Cup final would mean it has been a fruitful campaign for the club. 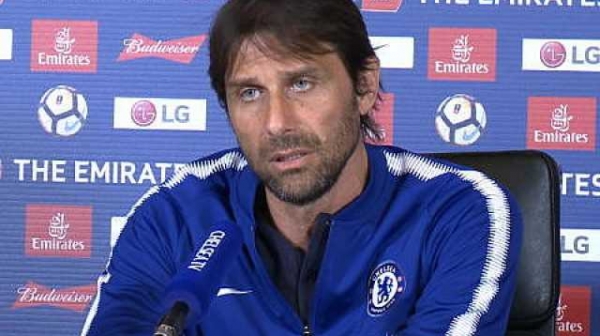 We have the motivation to reach FA Cup final - Conte

He said: "I think in this difficult season, it is important to try to finish this season in the best possible way.

"When I say 'to try and finish the season in the best possible way' I mean that we have to play every game with fire in our eyes. Then you can lose, draw or win but it isn't important.

"The most important thing is to show in every game that you have the right spirit because our fans deserve this. If we can do this, it will be a successful season."

Antonio Conte spoke to the media at Cobham earlier today. Here's what the boss had to say... https://t.co/bn5FVruQte

Chelsea produced a stirring comeback to see off Southampton 3-2 in the league last weekend and Conte will be urging his players to ignore the Saints' position in the table, they are third bottom, and prepare for a difficult encounter.

"To play in a wonderful way and to win in an easy way but as you know football is difficult," he added.

"It is a semi-final against a team that, for me, I am very surprised to see them in this position in the table.

"They are fighting to avoid relegation and despite this, I think they have good players, talented players.

"Don't forget, only one week ago, we were losing 2-0 after 60 minutes. I think that the last game showed it will be very important to approach this right, for our future in this competition."