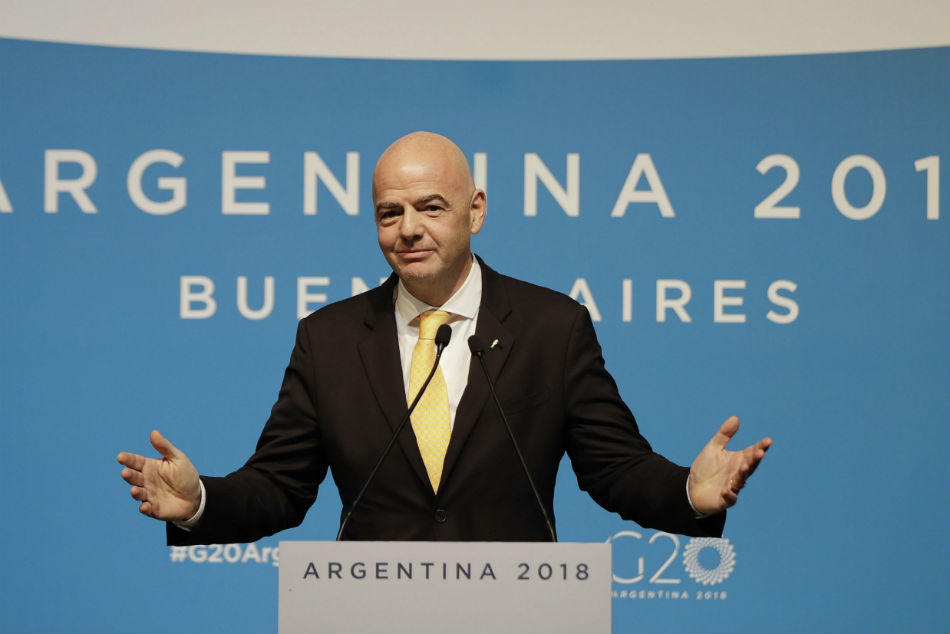 On Thursday, a statement from the Swiss Federal Council confirmed Stefan Keller had found "indications of criminal conduct" relating to meetings between Infantino and Michael Lauber.

Swiss attorney general Lauber offered to resign from his position last week after a court found he covered up an undisclosed meeting with the head of football's governing body and lied to supervisors while his office probed corruption relating to FIFA.

Proceedings have consequently commenced against Infantino and the chief public prosecutor of Upper Valais, Rinaldo Arnold. Keller has also requested permission to open proceedings against Lauber.

Both Infantino and Lauber have previously denied any wrongdoing and Infantino has promised to co-operate with investigators as part of his and FIFA's commitment to restoring "the credibility of the organisation".

In a statement, FIFA said: "FIFA acknowledges the decision of the Swiss special federal public prosecutor in opening an investigation regarding the meetings involving the FIFA president Gianni Infantino and the Swiss attorney general Michael Lauber. FIFA, including the FIFA president, remains at the disposal of the Swiss authorities and will, as we have always done, co-operate fully with this investigation."

Infantino said: "People remember well where FIFA was as an institution back in 2015, and how substantial judicial intervention was actually required to help restore the credibility of the organisation. As president of FIFA, it has been my aim from day one, and it remains my aim, to assist the authorities with investigating past wrongdoings at FIFA.

"FIFA officials have met with prosecutors in other jurisdictions across the world for exactly these purposes. People have been convicted and sentenced, thanks to FIFA's co-operation, and especially in the United States of America, where our co-operation has resulted in over 40 criminal convictions. Therefore, I remain fully supportive of the judicial process, and FIFA remains willing to fully co-operate with the Swiss authorities for these purposes."

FIFA also reiterated Infantino's comments issued on June 25, when he said: "To meet with the attorney general of Switzerland is perfectly legitimate and it's perfectly legal. It's no violation of anything. On the contrary, it is also part of the fiduciary duties of the president of FIFA."