By Aprameya
Updated: Tuesday, August 8, 2017, 11:47 [IST]
oi-Aprameya
FIFA World Cup, in its 20th edition, will commence in Brazil on June 12. The hosts hold the record for most titles with five and they are also the most prolific team in World Cup history with 210 goals. 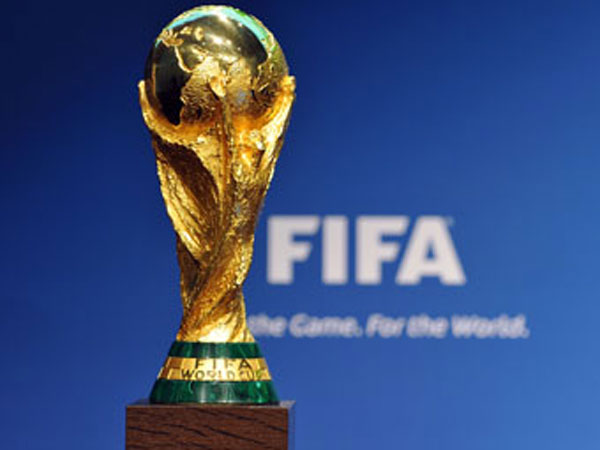 Ahead of the event, we take a look at some of the interesting facts from the past. All these statistics are, as provided by FIFA.

# Brazil are the most prolific team in World Cup history in terms of goals scored, with 210 so far.

# Italy, the long-standing defending champions (winners in 1934 and 1938), travelled by boat rather than plane to the 1950 World Cup, a journey of three weeks from Naples to Santos.

# "Fuleco", the Official Mascot, a three-banded armadillo from the eastern part of Brazil. He will be 14 years old by the time of the 2014 FIFA World Cup.

# Brazil are the only team to have featured in all 19 World Cups played so far.

# "Football for Hope" has supported over 250 football-based social programmes in more than 60 countries.

# "Football for the Planet" is the official environmental protection programme of the World Cup.

# The most decorated female player in the world is Brazil's Marta with five Women's World Player of the Year awards. Together with Germany's Birgit Prinz, she is also the top goalscorer in FIFA Women's World Cup history with 14 goals.

# "Selecao", the nickname of the Brazil national team.

# FIFA's first World Cup trophy was the Jules Rimet Trophy, which was permanently awarded to Brazil after the Selecao's third title in 1970.

# The "adidas Brazuca" is the 12th official World Cup match ball since the Telstar was introduced for the 1970 edition.

# "All in one rhythm" is the Official Slogan of the 2014 World Cup Brazil.

# Number 9, the shirt number of Ronaldo, the top goalscorer in World Cup history with 15 goals.

# The 2014 FIFA World Cup Brazil will be the 20th time the event has been held. It first took place in the Uruguayan capital, Montevideo, in 1930 and included 13 countries from three continents. The decision to create the tournament had been taken just two years before in Amsterdam on 26 May 1928.

# The first FIFA World Cup in Brazil in 1950 was an unrivalled success, with nearly three times as many spectators as the FIFA World Cup in France in 1938. A total of 1,045,246 people watched the games in Brazil - a record that would stand until England 1966.

# All six cities that hosted the FIFA World Cup in 1950 - Belo Horizonte, Curitiba, Porto Alegre, Recife, Rio de Janeiro and Sao Paulo - will do so again in 2014, but only Rio's Maracana Stadium will have been used for both events.

# A national team with a foreign coach has never won the FIFA World Cup. The 18 winning coaches to date have all been in charge of their home nation. Of these, Italy's Vittorio Pozzo is the only coach to have won the trophy twice, guiding the Italians to the title in both 1934 and 1938.

# Only once in FIFA World Cup history has there been no European team in the final, in 1930 when neighbours Argentina and Uruguay battled it out for glory in Montevideo. Since then, there has always been a European representative in the deciding game, including the last two which were both all-European affairs: Italy against France in 2006, and Spain versus the Netherlands in 2010. In the 1950 FIFA World Cup in Brazil, the final was not held as a single game, but as four-way final round between Brazil, Uruguay, Spain and Sweden.

# Chosen to host the final of Brazil 2014, the Maracana will be only the second stadium to have staged the final twice together with Mexico's Estadio Azteca.

# Brazil were involved in the three FIFA World Cup finals with the biggest winning margin, taking the trophy in two of them. In 1958, they defeated Sweden 5-2 before beating Italy 4-1 in 1970 at the Estádio Azteca. However, in 1998, A Selecao were on the flipside of the coin when they fell to a 3-0 defeat to a Zinedine Zidane-inspired France.

# France 1998 holds the record for the most goals scored in a single tournament with 171 goals in 64 games. But in terms of averages, Switzerland 1954 still leads the way with 140 goals in just 26 matches: an impressive average of 5.38 per game.

# To this day, 76 national sides have taken part in at least one FIFA World Cup. Brazil is the only country to have been present at every edition, followed by Germany and Italy - both of whom have taken part in 17 out of a possible 19 final tournaments.