Liverpool are not Barcelona – Klopp cautious of Roma comeback

London, April 25: Jurgen Klopp believes Liverpool are not assured of a place in the Champions League final despite leading 5-0 against Roma in the first leg of the semi-final before conceding two away goals. 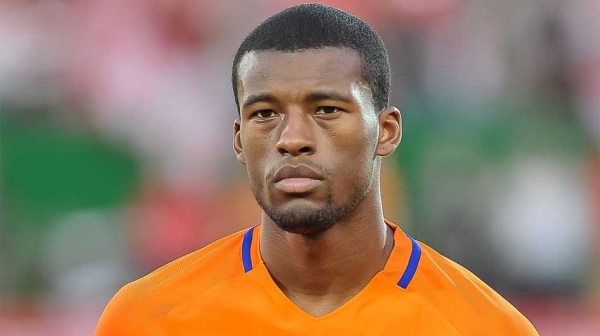 A sensational individual performance from Mohamed Salah, who scored a first-half brace and produced two assists after the break, built a 5-0 lead at a deafening Anfield on Tuesday.

But, after Salah was substituted, Roma scored late away goals through Edin Dzeko and Diego Perotti, ensuring a repeat of the Giallorossi's stunning 3-0 home win over Barcelona in the last round would send them through.

"I learned tonight we can still win in Rome, they need to score against us," Klopp told a post-match news conference.

"We are not Barcelona, they are one of the best two or three teams in the world and won so many things - we didn't. We will fight with all we have.

"It's much better than I expected before the game but already I'm more interested in the Stoke game than the second leg against Roma.

"The atmosphere tonight was absolutely outstanding and everyone who has a ticket I expect the same on Saturday [at home against Stoke City], because we need it.

"It's a massive game, we need to be ready, we will try everything we can to be ready for that."

A first-half injury suffered by Alex Oxlade-Chamberlain cast a shadow over a remarkable Liverpool display, with Klopp downbeat on the England midfielder.

The German also suggested Roma were fortunate to be awarded a penalty for a handball by James Milner, Perotti converting from 12 yards.

"To be honest the biggest blow in the dressing room is [Oxlade-Chamberlain's] injury. Conceding two goals is not what we want but we can't change it, that's football," Klopp said.

"The boys played a brilliant game over a very long period and even in the last few minutes when we conceded - Dejan [Lovren] played a world-class game but he misjudged a ball, usually it's no problem if the full-back is in the right position.

"Trent [Alexander-Arnold] is in the wrong position, but they won all the balls before. They get in a good position and can score. We made one mistake, the referee made one mistake [for the penalty], two goals for them, that's how it is."