Manchester, May 2: Manchester United and Liverpool do appear set to face off at Old Trafford despite anti-Glazer protests resulting in a delayed kick-off, with the two sides naming starting XIs as planned.

United supporters entered the Old Trafford pitch to protest against club owners the Glazer family after earlier gathering outside the team's hotel ahead of Sunday's home game with Liverpool.

United's involvement in the breakaway European Super League, which swiftly collapsed, has reignited lingering resentment of the ownership at Old Trafford.

The Glazers, who acquired the club through a leveraged buyout in 2005, have long been unpopular but have become the subject of increased criticism in recent weeks.

The demonstration did not end there, however, with some supporters gaining access to the stadium and then the pitch, with flares hurled towards the directors' box and press area – spectators are not currently allowed at Premier League stadiums due to the coronavirus pandemic. 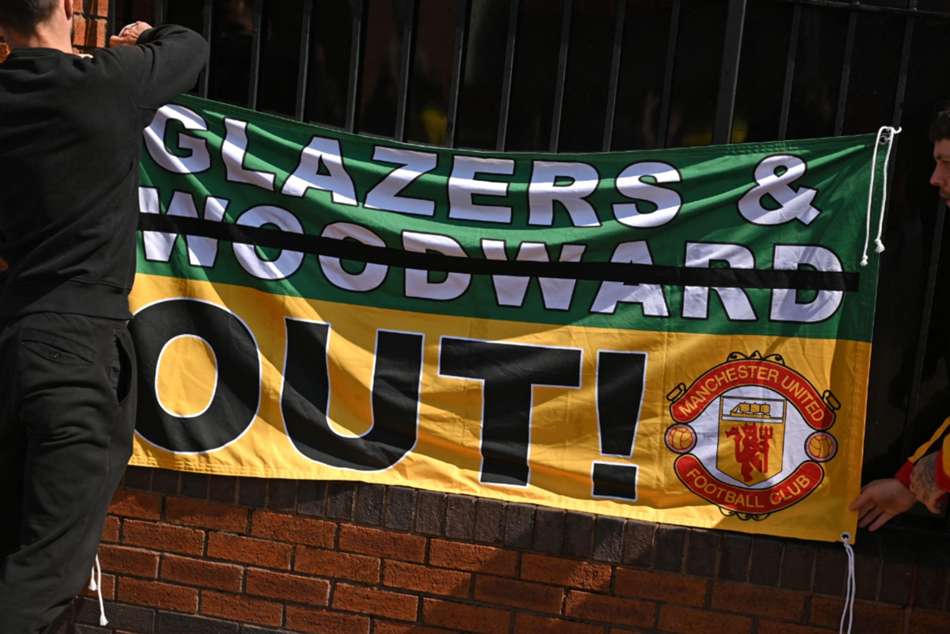 As such, it was thought there was a possibility of the match being cancelled due to COVID-19 bubble breaches.

The Premier League has confirmed that action has not been taken, with kick-off instead delayed. However, a new time has not been decided.

When it does eventually get started, United will be out to avoid suffering the defeat that will hand neighbours Manchester City the title.

Ole Gunnar Solskjaer has made few changes to the team that thrashed Roma on Thursday, though Edinson Cavani – a scorer of two goals in that game – is dropped to the bench in favour of Mason Greenwood in the only notable alteration alongside Dean Henderson coming back into the team.

As for Jurgen Klopp's Liverpool, there are few surprises in their starting XI, though Roberto Firmino joins Sadio Mane and Mohamed Salah in attack – Diogo Jota has to settle for a spot on the bench.