By Daniel Lewis
Updated: Monday, October 26, 2020, 11:34 [IST]
omnisport-MyKhel Team
Arsenal were undone by a late Jamie Vardy goal in the Premier League clash with Leicester City, but Mikel Arteta felt his side were hard done by.

Lacazette steered home a header inside four minutes in Sunday's Premier League clash, but it was ruled out because Arsenal team-mates Granit Xhaka and Pierre-Emerick Aubameyang were stood in off-side positions.

France forward Lacazette missed a big chance later in the first half and Arsenal's profligacy came back to haunt them when Leicester substitute Jamie Vardy scored a winner 10 minutes from time. 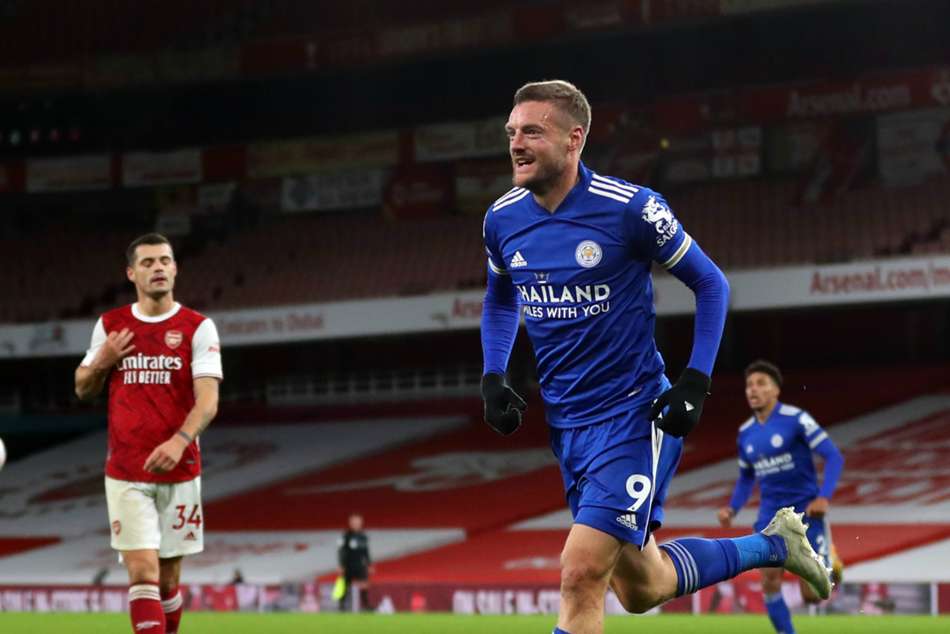 But while Arteta was unhappy with the decision to chalk off Lacazette's goal, the Gunners manager accepted more is required from Arsenal after back-to-back Premier League losses.

"The game went the way it went. I felt we had total control in the first half and restricted them to nothing," Arteta told BBC Sport.

"We were winning every ball, created a few chances and scored a goal - I don't know how it got disallowed.

"They defended deeper in the second half, waiting for the mistake and in one moment they did it."

Elaborating on the disallowed goal at his post-match news conference, Arteta added: "Granit is behind [Kasper] Schmeichel so it's nothing to do with him.

"They made the decision and we can't change it now."

Leicester failed to muster a single shot on target before Vardy, introduced after an hour, converted fellow substitute Cengiz Under's cross for his 11th league goal against Arsenal.

Arteta bemoaned the Gunners' lack of cutting edge in front of goal before Vardy's match-winning impact, with his side managing 12 shots in total.

"Against this block, against so well organised teams, when you open them up you have to put the ball in the back of the net," he said.

"They were similar against Manchester City, they scored with two set pieces and credit to them for what they have done but our players responded and I feel sorry for them.

"We have so many alternatives in the team and can have fluidity. It worked in some moments and there are options we can manage."

The defeat for Arsenal is their first at home in the league this calendar year and their first against Leicester in any competition in 28 games since 1973.

Visiting boss Brendan Rodgers, whose side had previously lost back-to-back top-flight matches without scoring, hailed Vardy – still not fully fit after recently sustaining a calf injury - for his huge impact from the bench.

"Every game he looks like scoring," Rodgers told reporters. "He's disappointed he didn't have another.

"He's a world-class striker and he's a guy who stretches the game, gets in behind. He's an incredible talent and we would've loved to have started him.

"For us to be the first team to win here this calendar year show the work Arteta has done here.

"It was a great win, a great night, and it's just a shame the supporters couldn't be here to celebrate. It is four wins from six now and the team is moving along very well."