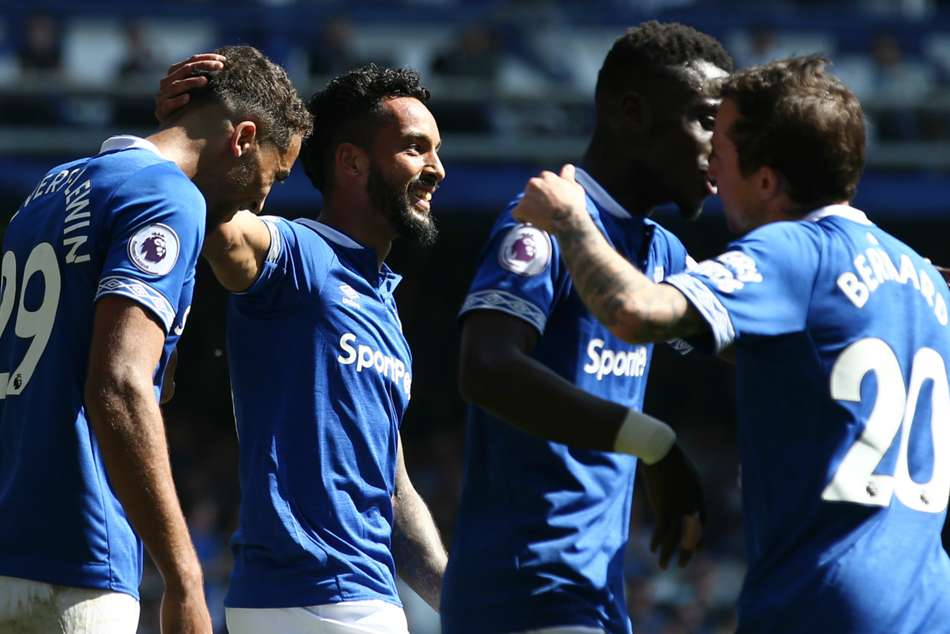 United were crushed by Everton at Goodison Park

On top of that, it was Everton's best Premier League win over United, who looked hapless and well below their best throughout.

Manager Ole Gunnar Solskjaer gave an honest assessment after the game, accepting he did not know if the players cared enough about playing for the club and suggesting some do not have a future at Old Trafford.

Pogba was one of the players to attract criticism after a lacklustre midfield display, though he has since acknowledged the overall performance from United was intolerable.

When asked by Sky Sports what went wrong, Pogba said: "I wish I knew. It was the details, the desire, we spoke about courage and everything we had when the manager came.

"What we had there, it was just like another team and this is not good. It is not good for Man United, for the story of the club or for the fans.

"It is not good at all what we did. Losing a game is something really bad that we don't want to do when we are in the race for the top four - and losing 4-0 as well.

"Not to be disrespectful, and I am not disrespectful to Everton, but the way we played and the performance of myself, of the team, of everyone is disrespectful. We didn't respect ourselves, the club or the fans.

"Everything went wrong, but the most important thing is the mentality that we put on the pitch - that has to change. Now it is in the past and we cannot stay on the past because it is a headache. You have to think about the next game and do better.

On a tough day, thank you for your terrific support – as always.

"We let the manager speak [after the game], the staff spoke and they spoke the truth. They said what happened in the game and it is not respectful for ourselves.

"What we did on the pitch is not respectful for the team-mates, for the staff, for the fans, for the kitman, for everyone. For their work, they put their life on us, the team and this club.

"What we showed on the pitch, we did not give them the joy back and that's why we are angry with ourselves. We want to do better for sure and we have to. The reaction has to be there.

"I want to say [to supporters], and I know it may not be enough, but the fans want a reaction from the players and the only way to apologise to them is to give everything on the pitch, do our best, create chances, score goals, defend, work for the team and we can even lose games, but with a good performance and pride on the pitch.

"That's how we should apologise to the fans, just to give everything for us, for the club, for the shirt, for the team-mates and for ourselves as well because it is us on the pitch and we cannot perform like we did.

"When you wear this shirt at this club it is, first of all, because you deserve it, but when you deserve it, you have to work and respect the culture, the history of this club and give everything on the pitch.

"I don't want to be harsh with my words, but we don't want to look like we did [on Sunday] because the body language was not good enough for this shirt."

United return to action on Wednesday in the Manchester derby against bitter rivals Manchester City, who will expect to wrap up the Premier League title if they leave Old Trafford with a victory.