Sterling can be one of the best in the world - Guardiola

London, April 15: Pep Guardiola believes Manchester City winger Raheem Sterling can be one of the best players in the world if he improves his finishing. 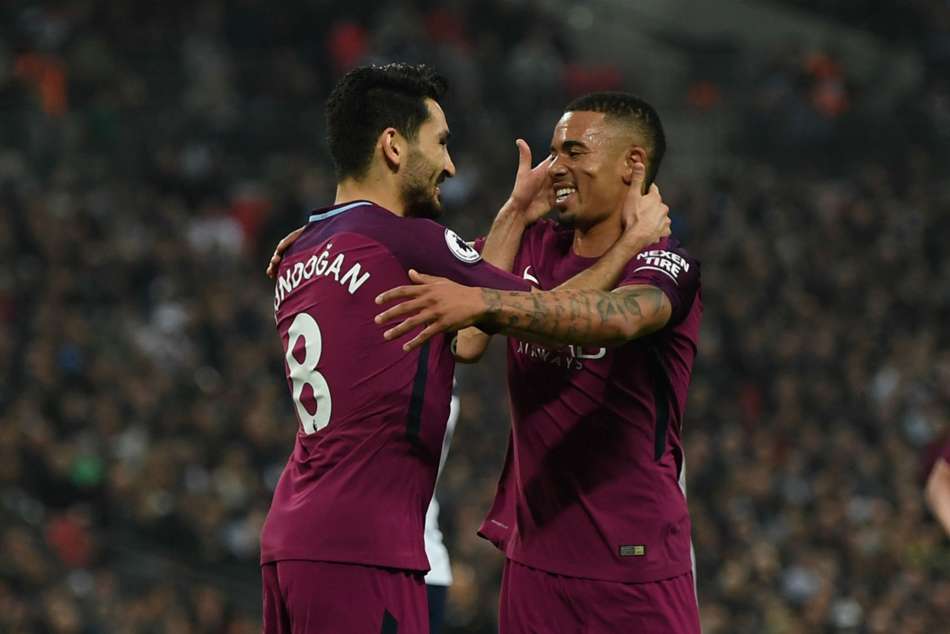 Sterling sealed an impressive 3-1 victory for City against Tottenham

But, as he did in the sapping derby defeat to Manchester United last weekend, the England international passed up a pair of glorious chances.

He atoned with a 17th Premier League goal this season but missed another one-on-one having been ingeniously played through with a volleyed pass from Kevin De Bruyne.

"The moment he is able to increase what he does in front of goal he is going to be one of the best players in the world," Guardiola told Sky Sports when asked about the 23-year-old's profligacy.

"He has everything. He is a fighter, he is so dynamic, he is so good. But he has to improve that.

"He creates a lot of chances and he has to increase his average. But he is so young and he is able to do it."

Nothing beats a top Saturday night out with your mates pic.twitter.com/rIcofL9WzD

The reverse from 2-0 up against United coming in between the defeats to Liverpool that sent City crashing out of the Champions League meant Guardiola's side entered Saturday's match under considerable scrutiny.

Nevertheless, their manager was instantly heartened by an enterprising start to the contest that saw Leroy Sane smash a volley against the post before Jesus' opener.

"After what happened this week, to come here and play against Tottenham – one of the best teams with one of the best managers by far – and to play how we did in the first half [was impressive]," Guardiola began.

"How they reacted, these guys are fantastic, awesome. Incredible. What they lived the other week was so unfair.

"We will have another chance against Swansea [who City host next weekend] and we are going to try and be champions."

City's status as champions could be confirmed on Sunday in the unlikely event of rock-bottom West Brom beating United at Old Trafford, but Guardiola will not be watching due to a more pressing engagement.

"No, I have a golf game," he added. "I have three days off and tomorrow, I have golf. Golf, my son, friends. Tomorrow is golf."