Newcastle, May 5: Jurgen Klopp insisted Mohamed Salah was "absolutely okay" after being carried off on a stretcher during Liverpool's 3-2 victory over Newcastle United, but said the forward would require further medical assessment. 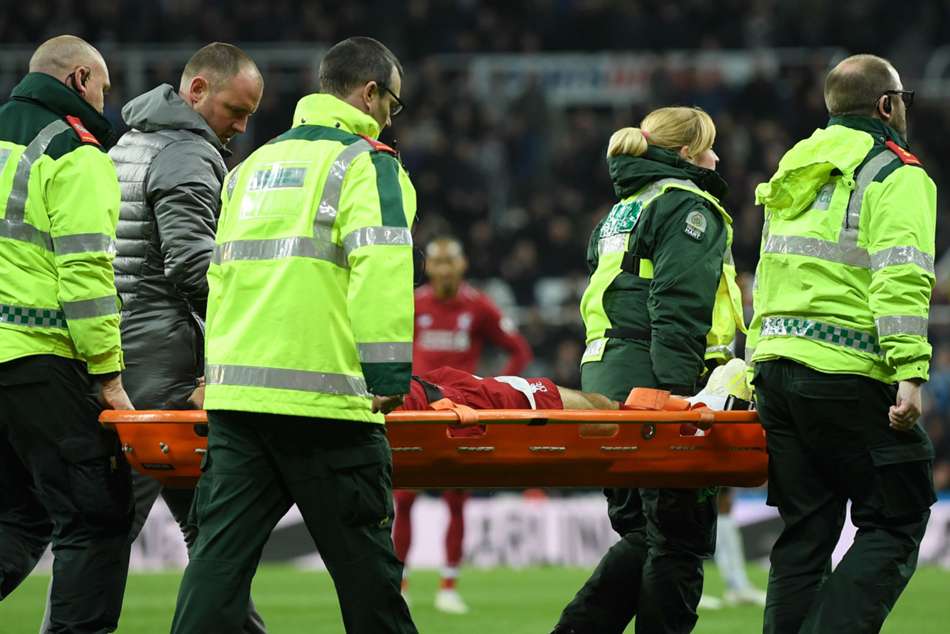 Salah was unable to continue

With the second leg of Liverpool's Champions League semi-final against Barcelona just three days away, and the last game of the Premier League season following five days later, Klopp can ill afford to be without his side's leading goal-scorer.

But he gave a positive initial assessment of the 26-year-old's condition, telling Sky Sports: "We have to see. He got a proper knock on the head.

"He watched the game, obviously inside, and was absolutely okay.

"We'll have to do a further assessment of course."

73' - Origi replaces Salah, who can't continue after a collision with the Newcastle goalkeeper.

The game was deadlocked at 2-2 when Salah was replaced by Divock Origi, who scored Liverpool's winner four minutes from time to the delight of his manager.

Klopp left Roberto Firmino out of his squad at St. James' Park, starting instead with Daniel Sturridge alongside Sadio Mane and Salah while the Brazilian continued his recovery from a groin injury.

Having seen his side beaten 3-0 at Camp Nou three days before their trip to Tyneside, Klopp commented on an exhausting end-of-season schedule for his squad, who returned to the Premier League summit.

"In the last three matches of the season we have three games in six days," he said. "It's just, wow, really hard.

"We are not the best football team in the world. We have to work for our success. It's not like we have easy games - every week we have to work.

"These boys today did it like they did it. I didn't see anybody being nervous. We just knew we had to try it.

"It was a tough game against a powerful and physically stronger than us team today. We had to fight. The boys did that and I couldn't be more proud.

"I was completely calm because it's destiny. The boys try everything, I see that every day.

"They were so honest."