Bengaluru, March 27: A different aspect of play was visible in the Indian women's hockey team during the 2017 Women's Asia Cup held in Kakamigahara, Japan. Not usually known for their penalty conversions, India amazingly started winning matches - and eventually the title - from their PC goals. Gurjit Kaur, India's main drag-flicker, accounted for eight of India's 32 goals in the tournament. If India women are to stand up to the might of England, South Africa and Australia at the 2018 Gold Coast Commonwealth Games, Kaur will have to step up and take charge again. 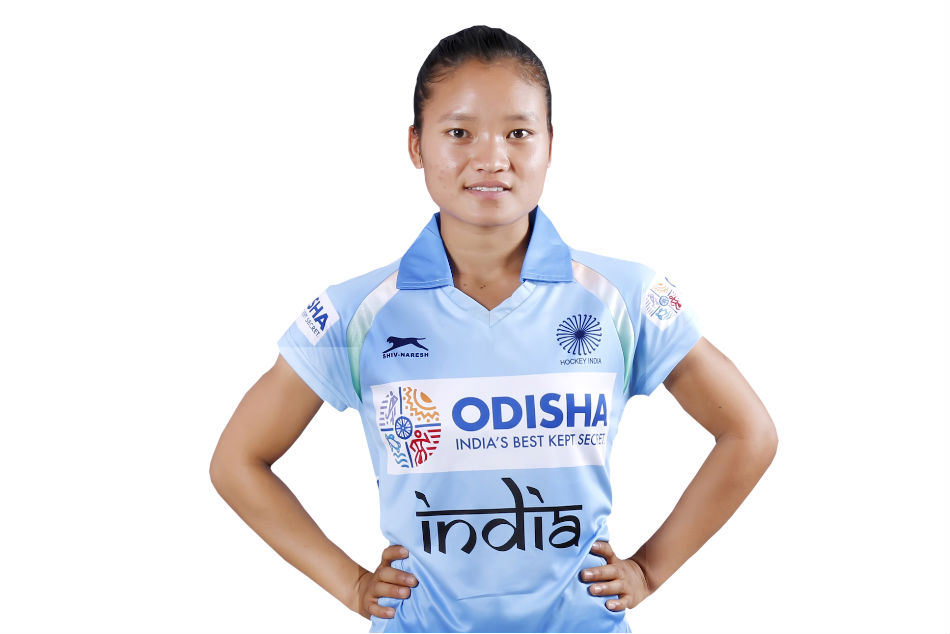 "I didn't know much about drag-flicking when I started off," Kaur admits in an interview. "I used to do the lift-push routine on grass. You can't exactly call that drag-flicking, can you? But when I came into the camp, my knowledge kept improving and I learnt the right techniques. I also trained under Toon Siepman (a Dutch coach) last year and that helped me a lot."

We salute our women employees who have made outstanding contribution in different fields.Sharing details of a few of them.Second one in the series is that of Gurjit Kaur,who has excelled in the field of hockey-Member of Winning Team of Women's ASIA Cup.We are proud of her.@GMNCR1 pic.twitter.com/Fh8wIU53Bf

But transitioning into the art of drag-flicking wasn't easy for Kaur. For one, head coach Harendra Singh pointed out that her foot-work while approaching drag-flicks were all wrong. He says her foot did not point goalwards, which led to her shots going wayward in recent times. And when Kaur was told where she was going wrong, digesting the information was hard.

"When you are about to flick the ball, you tend to pick up your hand while releasing the shot," Harendra told reporters recently. "At that time, your toe should face the goal and not point somewhere outside. It's plain physics. Once a player understands the science behind it and works on the bio mechanics of the shot, it's easy to implement.

"If the foot-work is wrong, you may intend to go for goal but you will end up flicking outside the boundary. If you hit five to six shots off the target, your confidence will go low. I showed her videos of how she approaches the shots and she understood where she was going wrong. The upper trunk of the body should not rotate away. If you are releasing the shot at some position, there should be a flow to action of the shoulder and forearms."

To rid her of old habits, Kaur was put into a rigourous training regime by scientific advisor Wayne Lombard and Harendra. She was asked to practise scoring from penalty corners with weights placed on her shoulders. The logic - it will improve her strength and make it a walk in the park to flick the ball.

"For Gurjit, we asked her to practise drag-flicking with weights on her shoulders," Harendra says. "The ball and the stick may weigh around 5 ounces. If you have place a weight of 3 kg, that's 10 times heavier than the ball. Once you get the flow with the extra weight, it will be easy with the normal ball. To add the extra weight, we use sidebar and dumbbells. We also employ an isokinetic rope which helps in flicking the ball."

The Indian Eves are undergoing intensive training with less than ten days to go before they depart for the Gold Coast 2018 XXI Commonwealth Games in Australia. Defender Gurjit Kaur gives us a peek into the routine.

India has never boasted of good drag-flickers but Kaur stands out. While Harendra hopes more come up, the burden of the nation is on Kaur. And that is never easy.

"Pressure is there since I am the only drag-flicker," Kaur says. "There is also a sense of support. The trust the team has in you can add pressure, but once I'm on the field my focus shifts complete to the match and I have never allowed pressure to get the better of me."