CWG 2018: 'All over the place' Yohan Blake of Jamaica gutted after bronze in 100m; Simbine bags gold

Gold Coast, April 9: Jamaican sprinter Yohan Blake stumbled out of the blocks and said he was "all over the place" in coming third as South Africa's Akani Simbine won a stunning 100m gold at the Commonwealth Games on Monday (April 9). Simbine took a surprise victory in 10.03sec, leading a South African one-two on Australia's Gold Coast as Henricho Bruintjies took silver in 10.17. 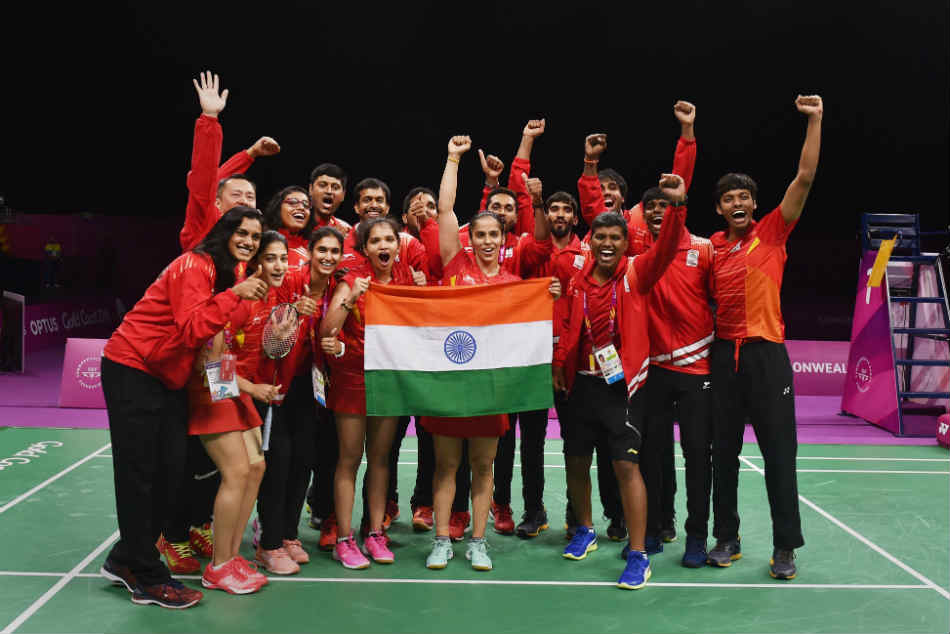 Blake, who had been desperate to shine after the retirement of Usain Bolt, came third in 10.19 and appeared far from his fluent best from start to finish. It was the biggest title yet and a major scalp for Simbine, 24, who finished fifth and a place behind Blake in the 2016 Rio Olympics 100m final.

"It's my first international title and for me it's a milestone, a stepping stone towards the world championships, and the Olympics and more competitions and more international competitions," said Simbine, adding he needed to call his mother watching back home in South Africa. "I wasn't focused on him (Blake). I literally just focused on myself and making sure I get out fast and get to the 50m as quick as I can."

Blake, 28, the joint second-fastest man of all time after fellow Jamaican Bolt, who retired last summer, had jokingly been told by his former teammate not to return home if he failed to win gold. "I'm not worried," said Blake of Bolt's likely disappointment, in what was the first major championship since the sprint legend called time on his career. "I know what I can do and I just don't know what happened, it was just a bad race for me."

No matter how you look at this photo finish, you will see that Seye Ogunlewe crossed before Yohan Blake. We refuse to be cheated. @iaaforg do the right thing and #awardSeyehismedal pic.twitter.com/KZLLnATYfi

Blake, who was fastest into the final and had been hot favourite in Bolt's absence, said that he was "stumbling all the way, I just didn't recover from it. It was an easy race for me to win because I've been feeling good. I've been running good and I just didn't put the start together so I was all over the place."

The race, one of the high points of the Games, had appeared to open up for Blake when England's Adam Gemili, the 2014 Commonwealth silver-medallist who was second quickest into the final, withdrew hours beforehand with injury. Simbine, smiling broadly, said that he was "humbled" by victory.

Interestingly #TeamNigeria's Seye Ogunlewe clocked the same time of 10.19s as Yohan Blake who was 3rd, but the Jamaican's reaction time was 0.139 and that of Ogunlewe 0.143. So close!

"I knew that it was something I could do, it was just a matter of me coming here and making sure I put the perfect race together," he said. Trinidad and Tobago's Michelle-Lee Ahye won the women's 100m in 11.14, ahead of Christania Williams in 11.21 and her fellow Jamaican Gayon Evans, who clocked 11.22.