Russell was a surprise victor after overtaking champion Max Verstappen to secure pole position for the race, while Hamilton rose from eighth to join his teammate on the second row.

It hands Mercedes their best chance of victory in 2022, after what has been a frustrating season for last year's winning side, as they look to end the season on a high in the final few races.

While Hamilton is still seeking to avoid this being the first season where he has failed to secure a single win, his priority is in getting the best result for the team and he is looking to unite with Russell.

"This just goes to everyone back to the factory, everyone here working on the ground working so hard this year," he said after the Sprint.

"This is an amazing result, for us to be on the front row tomorrow is incredible so from there we should be able to work as a team and hold off the guys behind.

"We are going to try as hard as we can. If we can have some good degradation tomorrow, hopefully some good weather we can have a good fight on our hands. A win here for Brazil would be incredible." 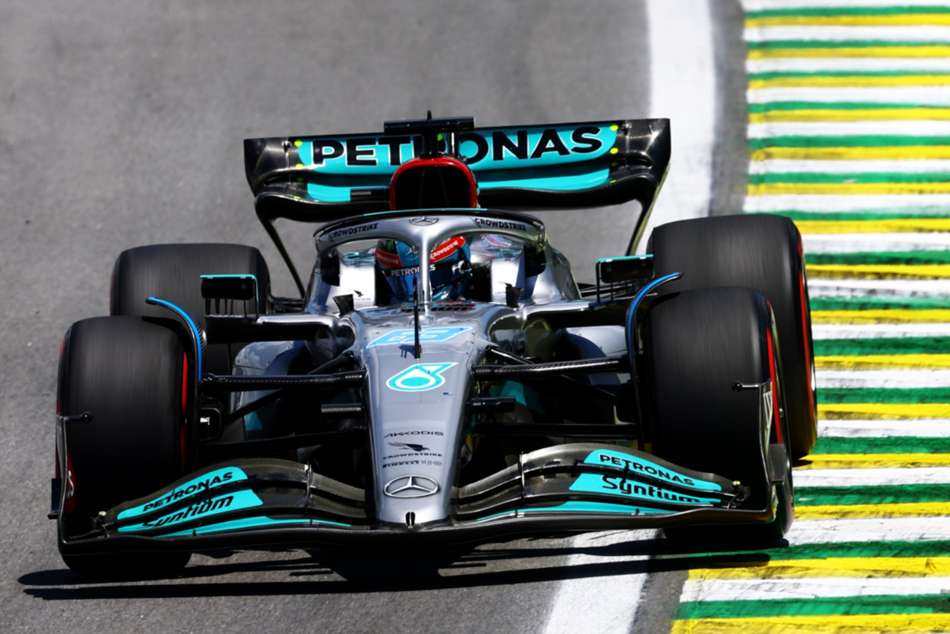 Russell was left surprised by his performance on Saturday and is wary of the threat that Verstappen poses, with the Red Bull ace sitting on the second row alongside teammate Sergio Perez.

"It's crazy to think we are both starting on the front row and Lewis did a great job starting coming from P8," he said.

"I'm sure Max is going to be flying tomorrow coming through the pack but we are in a luxury position and we can maybe split the strategy and go for the win."