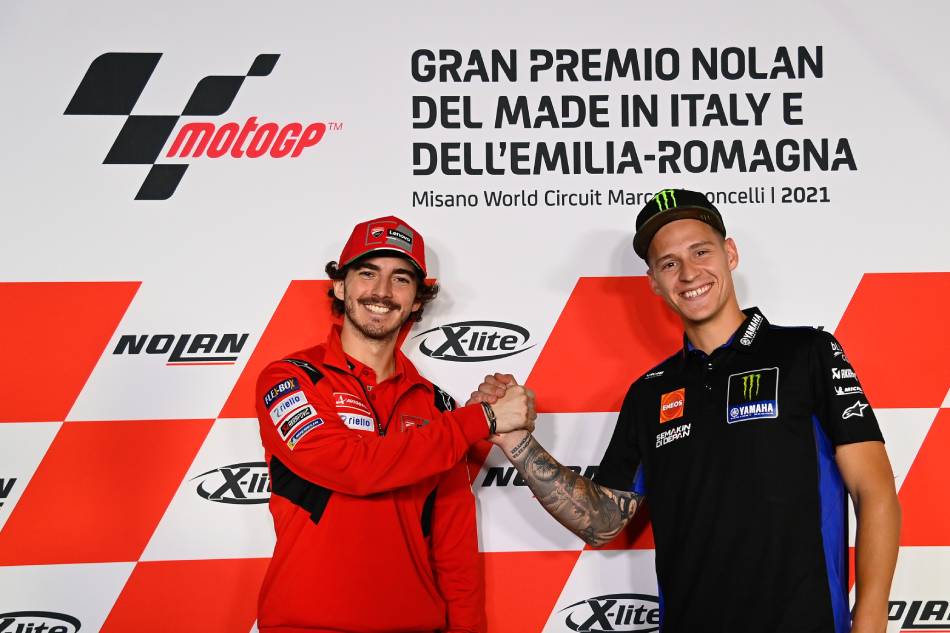 Yamaha rider Quartararo had to outscore Bagnaia by three points in Sunday's race to bring an end to the title battle with two races to go, but a career-worst finish of 15th in qualifying meant the Frenchman had plenty of work to do.

The 22-year-old gradually climbed the field after a slow start that saw him drop two more places, yet he was still fifth, well off leader Bagnaia, with five laps to go in Italy.

Then came an incredible moment as Bagnaia, on course for a third victory in four races, lost the front of the Desmosedici into turn 15 to effectively hand Quartararo the title – and a first for Yamaha since 2015.

Quartararo continued his ascent into third place before dropping behind Enea Bastianini into his eventual final position of fourth, with Marc Marquez and Pol Espargaro leading a one-two for Repsol Honda.

It is a second successive triumph for Marquez on the back of his victory at the Grand Prix of the Americas.

Bagnaia's Ducati team-mate Jack Miller, who started in second, had earlier crashed out in a drama-filled race, while Valentino Rossi battled to 10th in his final race on home soil.