Bengaluru, October 2: Miguel Oliveira has mastered the rain yet again as just like he did in Round 2 of the 2022 FIM MotoGP World Championship in Indonesia, the Red Bull KTM Factory Racing took victory in wet conditions at the Thai GP.

The Ducati Lenovo Team claimed second and third at the Chang International Circuit in Buriram, with Jack Miller giving it his all in a bid to make it two MotoGP race wins in a row but coming up just 0.730sec short, and Francesco Bagnaia taking a precious podium. 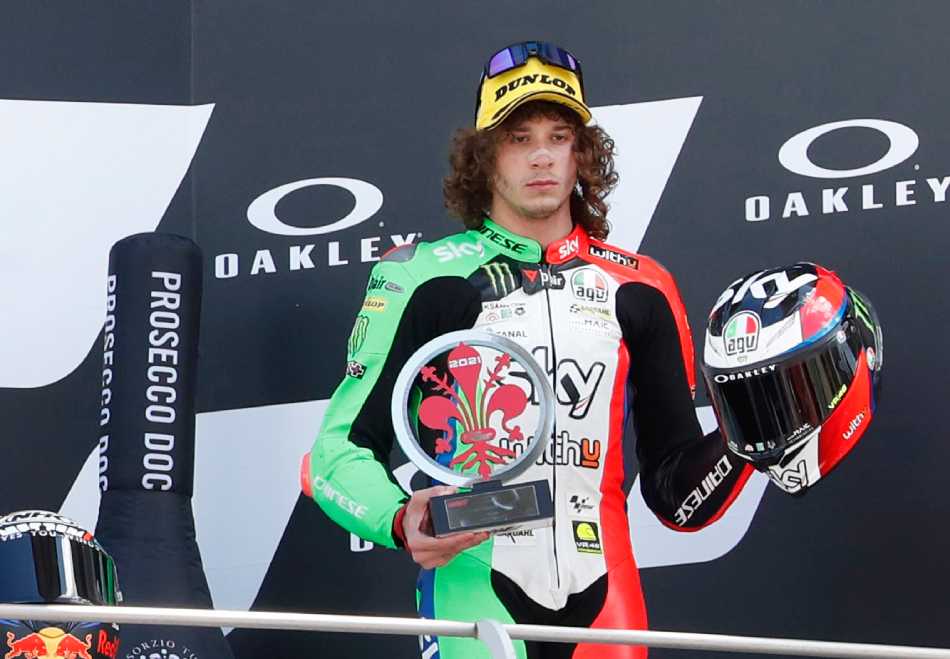 But for Bagnaia, the good news continues. He is now just two points behind 2022 FIM World World Championship leader Fabio Quartararo with three races to go after the Monster Energy Yamaha MotoGP rider finished 17th and did not have any points on board.

Aleix Espargaro (Aprilia Racing) also regained ground, although he is still 20 points in arrears of Quartararo after serving a Long Lap Penalty and finishing 11th.

In search of his 100th premier class podium, Marquez sent his Honda RC213V down the inside of Bagnaia's Desmosedici at Turn 12 at the end of Lap 20, but Bagnaia got him back on the cutback.

Instead, the eight-time world champion across all classes would lose fourth position to Zarco a lap later at Turn 8, and then the Frenchman was all over Bagnaia.

On the final lap, two serious battles emerged. Miller had brought Oliveira's advantage back down to just tenths of a second and was poised to capitalise on any error, but the Portuguese rider stayed strong to seal victory number five in MotoGP.

Just over a second further back, Bagnaia had shaken off Zarco, who found Marquez back right behind him, but he would hang on to fourth. A full 10sec back from the top five finished Enea Bastianini (Gresini Racing MotoGP), with Maverick Vinales (Aprilia Racing) seventh from Alex Marquez (LCR Honda Castrol), and Jorge Martin.

After taking his penalty, Aleix Espargaro spent the latter half of the race involved in a battle with none other than Brad Binder, and it was the South African who beat him to 10th position at the finish.

From pole position, Marco Bezzecchi slipped all the way to 16th and it was also an afternoon of frustration for Quartararo, who missed out on points for the second time in three Grands Prix.

Two points, three more races, the 2022 MotoGP World Championship is set for one of its most thrilling climax to a season ever! The MotoGP caravan now moves to the Phillip Island for the Australian Grand Prix on October 16. Buck up guys!