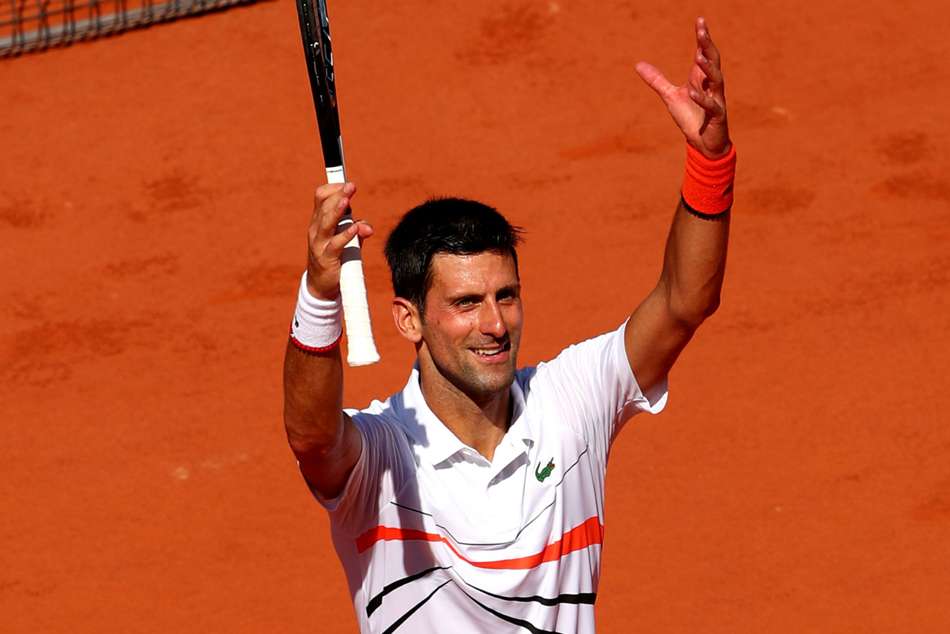 The 2016 champion was at his ruthless best on Court Philippe-Chatrier as he surpassed Roger Federer's nine straight last-eight appearances at Roland Garros set from 2005 until 2013.

In cooler conditions than his straight-sets third-round victory over qualifier Salvatore Caruso – which the top seed acknowledged was tougher than expected – Djokovic dismantled Struff to advance in just an hour and 33 minutes.

Struff, who required over four hours to see off Borna Coric in his previous match, started positively but was helpless when Djokovic quickly shifted through the gears and raced to an impressive triumph.

The world number one was required to defend stoically from the off and the big-serving German displayed his power as he staved off a break point to hold for 1-1.

A tremendous backhand beat an advancing Struff to set up a chance to break and Djokovic battered his way through to take it, finishing with an overhead smash after seeing a string of groundstrokes come back.

Djokovic moved a set and two breaks up as he reeled off the first four games of the second – a highlight coming when he looked to send the ball down the line and instead played it behind Struff as the world number 45 moved across to close the opening.

The 15-time major winner faced little resistance in serving out the set and the writing was on the wall when he again beat the Struff serve to start the third.

Djokovic sent a blistering, swerving forehand into the corner to increase his advantage, while a magnificent drop shot from the baseline preceded him consolidating with a hold.to 15.

Struff had a break point when Djokovic looked to close out the match but netted a backhand and the top seed took the next two points to put it to bed.