Kanpur, November 26: Neither does Shreyas Iyer want to harp on the past nor is he keen to fret about what the future has in store for him. He just wants to "stay in the moment" and seize the day, as the illustrious Sunil Gavaskar advised him while giving the India cap.

Iyer, the 16th Indian Test cricketer to score a hundred on debut, knows that once skipper Virat Kohli is back in the team for the next game against New Zealand in Mumbai, there will be some rejigging in a jam-packed middle-order.

Some years ago, Karun Nair found it the hard way when he had to sit out in the very next Test after scoring a triple hundred. 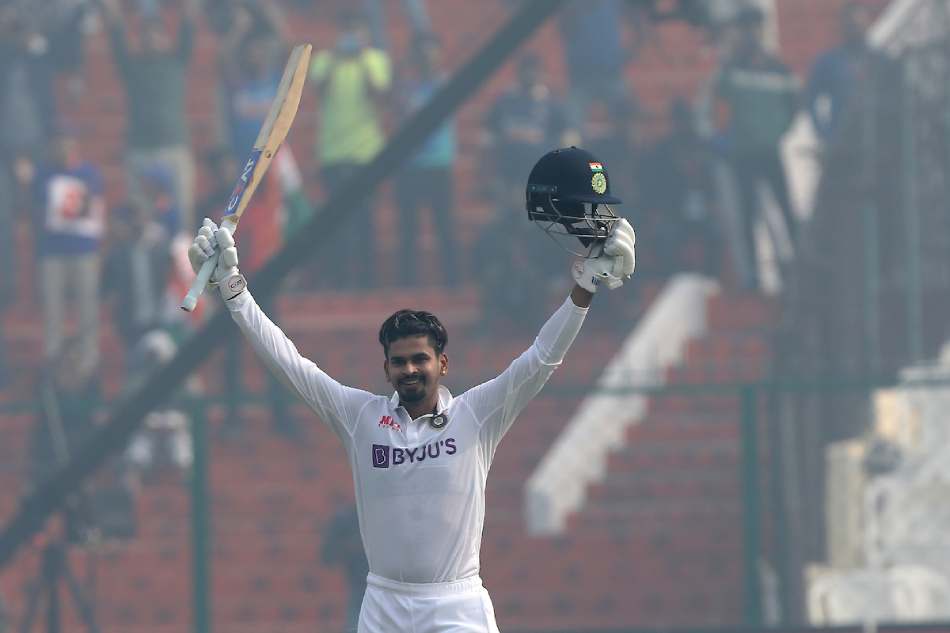 "My aim is to think about today and not think about what's going to happen in next game because if I think about that I won't be in present and won't be able to perform on a given day. Whatever happens, happens for the best, and I will take it in my stride," the Mumbai man said.

Getting a Test cap from Gavaskar is a "fairytale" and to score a hundred, is like taking it to another level. Iyer is just trying to let the feeling sink in.

"It was like a fairytale to get the cap from Sunil sir. I obviously thought Rahul sir would have given me the cap and both are legends of the game and either would have been happy. 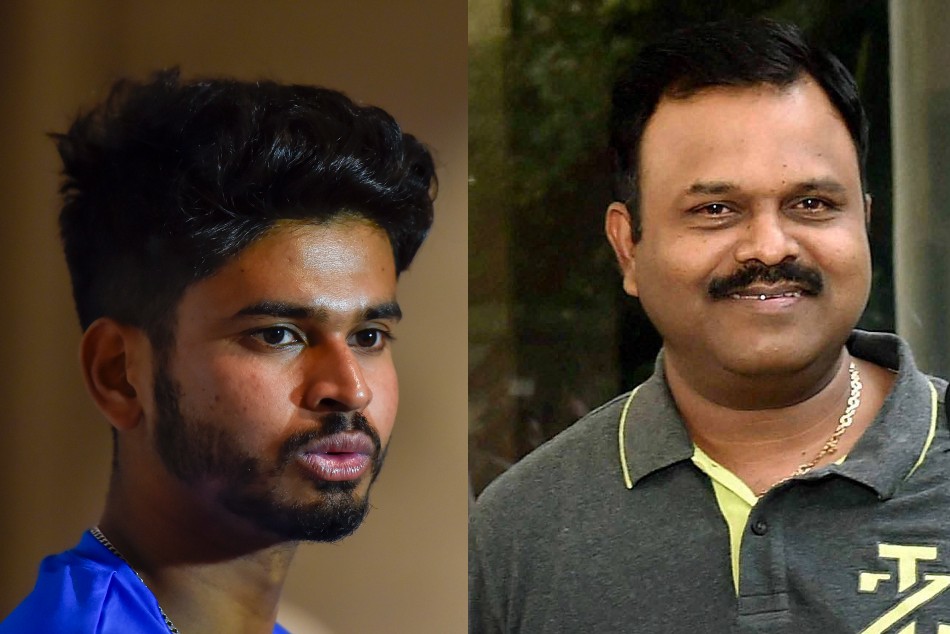 "It's a great feeling and how everything panned out, I was happy but not satisfied for the manner I got out," the hunger to achieve more was evident.

Gavaskar might have told him to not look too far ahead nor too far back but so consumed was Iyer by the mere thought of scoring a hundred on Test debut that he couldn't sleep at all the night before.

"I was really happy with the way everything went right from day one. Couldn't get good sleep last night. Especially when you are batting overnight, I thought I batted really well yesterday but had to still focus again today," Iyer said after the end of the second day's play.

Iyer has had his share of ups and downs in the past few years and not having played any red ball game since 2019 Irani Cup meant that the adjustment from slam bang to traditional format needed to be done instantaneously.

"When I came to Kanpur, I didn't know I was going to play. Rahul (Dravid) sir and skipper (Ajinkya Rahane) came to me and suddenly I had to get into the mindset of red ball cricket as last match I played was three years back at Irani Cup (vs Vidarbha). I took this up as an opportunity and as challenge as well," he said. 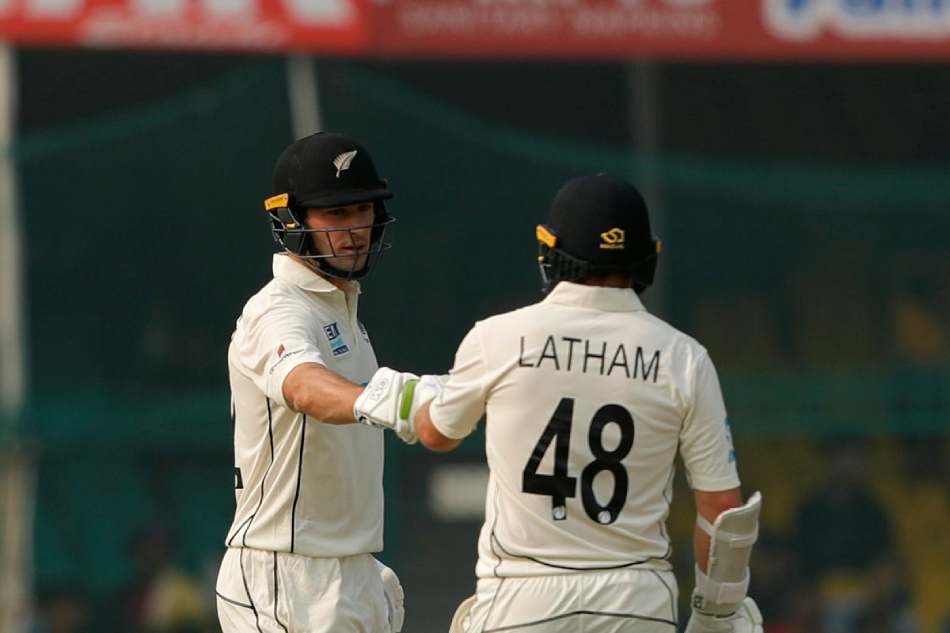 "Once you play white ball for so long and then change to red ball cricket, it is a different ball game," he admitted. The core thing is the mindset where one focuses on the process and journey rather than thinking about other variables like opposition and conditions.

Dravid and Rahane also helped him by stating that he doesn't need to change his style of play which has given him success for so long. 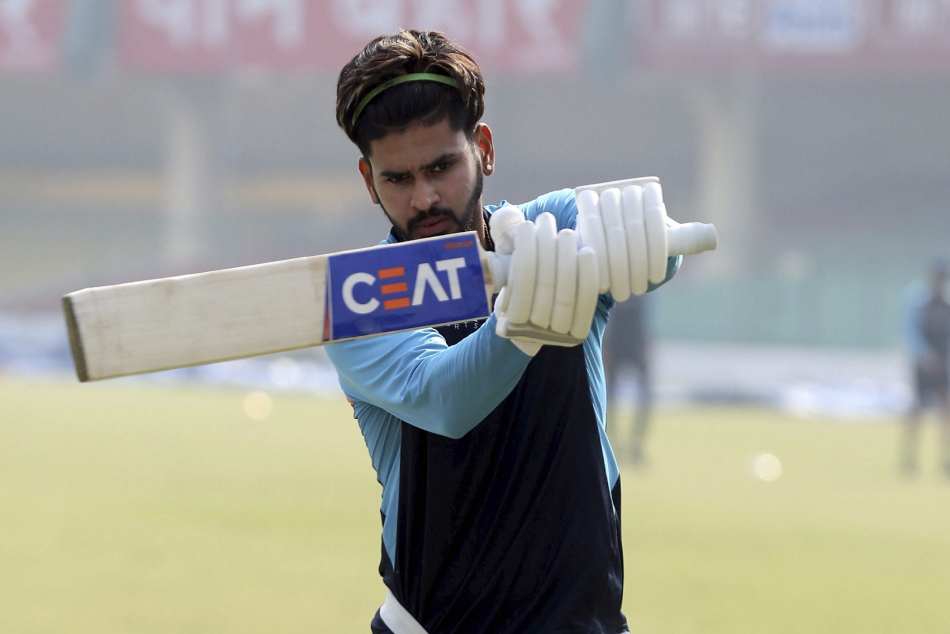 "Rahul sir and skipper Rahane motivated me a lot and before the game, they said that you don't have to change anything as you have played Ranji Trophy before and scored so many runs," he revealed.

Iyer had no hesitation in admitting that it was a tough day in office after New Zealand batted for 57 overs without losing a single wicket while scoring 129 runs.

"It is really a challenging day for us as they got off to good start. Wicket (pitch) is not really helping our bowlers. The focus is more on bowling right areas and try to give as less runs as possible. Try and build pressure as one wicket would completely change the momentum," he signed off.