New Delhi, Jan 1: With the beginning of New Year 2020, India all-rounder Hardik Pandya gave a wonderful surprise to his fans as he made his relationship with rumoured girlfriend Natasha Stankovic official on the eve of January 1.

With this, the flamboyant India cricketer and the model have put an end to the rumours of their relationship which doing the rounds for quite some time. Hardik is spending time away from the cricket field as recently underwent back surgery in England and returned home. He's recovering from the injury and mostly spending time with his family and friends. 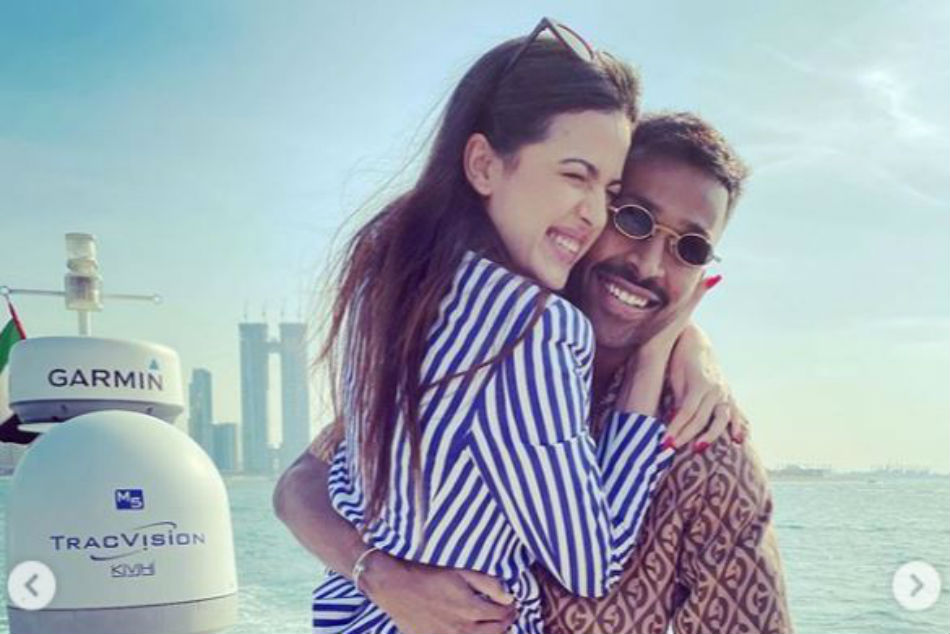 Earlier, Hardik was spotted partying with his former India captain Mahendra Singh Dhoni ahead of the New Year. On Monday (December 30), Pandya shared a picture through his Instagram story in which Dhoni could be seen along with other friends in Dubai.

The all-rounder is supposed to be fit ahead of the Team India's tour of New Zealand and will be a part of the squad that will be travelling Down Under.

Hardik poses with his 'firework'

The 26-year-old cricketer from Baroda took to his Instagram handle and posted an image with the Serbian model and actor and captioned it, "Starting the year with my firework."

With this, the flamboyant India cricketer and the model have put an end to the rumours of their relationship which doing the rounds for quite some time.

Wishes pour in for the new couple

Natasha was spotted at a Diwali party organised by Krunal Pandya and his wife Pankhuri for close members of the family. Natasha wasn't just present at the party but she also played the host for the arriving guests.

On the occasion of Hardik's birthday on October 11, Natasha had posted a picture with Hardik and also wrote a heartfelt note which read, "To my best friend, the strongest and the most beautiful soul. This year has been a roller coaster ride for you. Many great things happen and some were not that great but definitely, have made you stronger. You have been such an inspiration for all of us and I couldn't be more proud of you for everything you have done for yourself and people around you, for everything you have gone through and still decided to stand tall and get out of it like a winner. Keep shining, smiling and getting stronger. You are on the right track. Stay focused. I'll always have your back. Happy bday HP ❤️ God bless you."

This message sparked the speculations that the two were pretty close to each other.