Bengaluru, June 5: English fans never spare an empathetic heart for the rivals Australia. Ever since two of the Kangaroos' most talented batters - Steve Smith and David Warner - set foot on England for the ICC World Cup, they have been booed continuously by the local fans. Reason? The ignominious Sandpapergate scandal in South Africa last year when the duo along with Cameron Bancroft was found tampering with the ball to influence the outcome of the Test series against the Proteas.

The consequences of the episode were far-reaching as even the coach of the Australian team and the top official(s) of the country's board stepped down.

Smith and Warner returned to their national side for the World Cup after a year-long ban but they have found the hosts quite hostile, unlike other teams and players. Even when Smith hit a hundred against England in a warm-up game ahead of the tournament, he was mocked but kept his focus nevertheless to do the job and helped the defending champions to win. 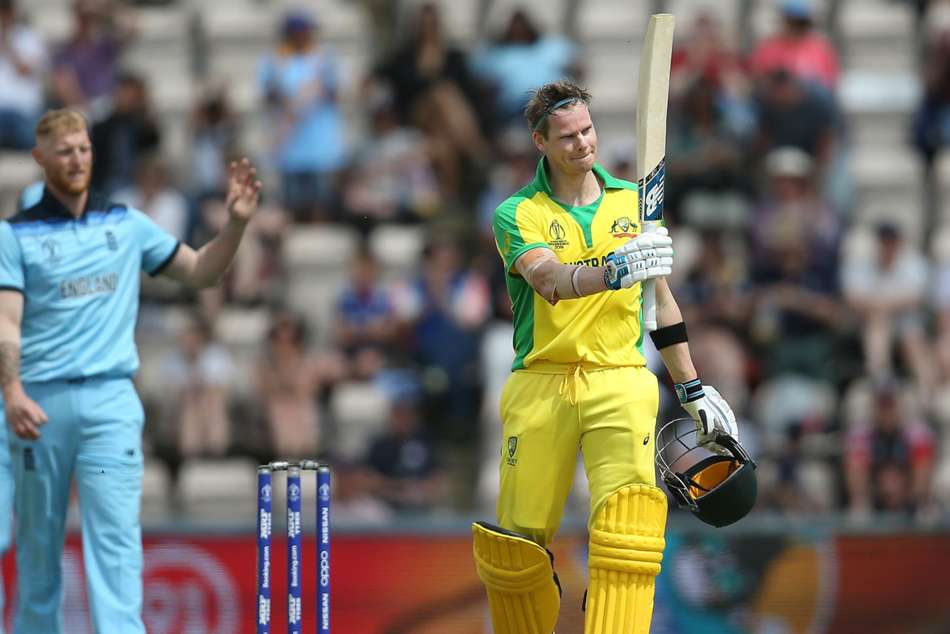 Smith and Warner finally made their returns to international cricket against Afghanistan who Australia took on in Bristol on June 1. Warner, who recently ended up as the highest scorer in the Indian Premier League (IPL) despite not playing all the games, remained unbeaten on 89 in 114 balls as Australia won the game by 7 wickets.

Like in 2015, when Warner hit 178 against the same opponents in Perth, he was picked as the man of the match this time as well. The two players were mocked by the local fans in this game as well.

Eyes will be set at Lord's on July 25 when Australia will meet England in the league match of the ongoing World Cup. It will all depend on how the teams are placed in the points table at that time and if it's a see-saw moment, then Smith and Warner could be more of soft targets for the English fans. They are actually setting the stage for the Ashes that follows the WC in August-September.

England love to slaughter opponents at home and nothing is sweeter for them to beat their traditional rivals. England haven't lost an Ashes at home since 2001 and their fans would want to see the Three Lions make it five on the trot this year. Besides, there is also an intent to avenge the humiliations the England players face in Australia when the local fans hurl bottles and abuses at them.

But booing players like Smith and Warner could backfire for the England cricket team. Both these players were in bombastic form the last time the Ashes rivals met, both in Australia (2017) and England (2015). The duo is no less determined to prove a point after the ban and could pick England as their favourite food both as hosts (during the WC) and opponents (during Ashes).

Morally speaking, the English fans' booing the Australian duo is no less than hypocrisy. There have been no less controversies accusing the English players' indulgence in unfair means while trying to win the Ashes. In an age when winning dwarfs almost every other concern, the pretence of Victorian morality as shown by English fans when it is not always served by their own heroes is clearly abominable.