Having set a target of 199 for the English side to chase, Indian bowlers bundled them out for 148 in the 20 overs and went 1-0 up in the three-match series. 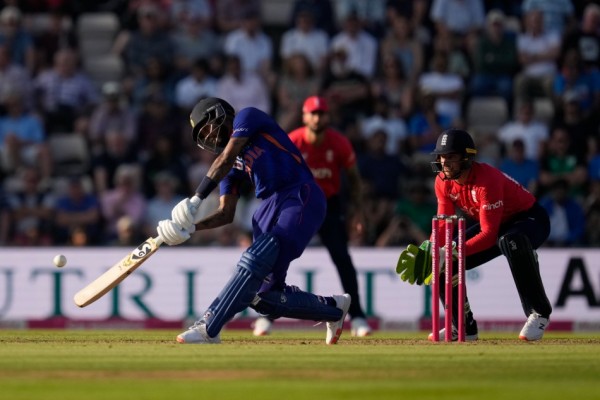 Showing a significant shift in their batting intent, India's top-order scored runs briskly in the powerplays and middle overs. Four of India's top five batters scored at a strike rate of 150-plus even as wickets continued to fall at the other end.

Hardik Pandya slammed his maiden T20I fifty and brilliant cameos from Deepak Hooda, Rohit Sharma, and Suryakumar Yadav helped the visitors post 198/7 after the India skipper opted to bat first after the coin landed in his favour.

But India's bowling unit stole the show with its skill and craft as it made full use of the conditions and troubled English batters.

Hardik bowled consistently well in the game and picked up wickets at regular intervals and eventually became the first Indian to slam a fifty and bag a four-for in a T20I match. Arshdeep Singh - who started his T20I career with a maiden over - picked up a couple of overs and left everyone impressed.

Rohit Sharma registered his 13th consecutive and would be looking to continue the same in the next game as well.