Indian opener Ruturaj Gaikwad is likely to miss the upcoming T20 series against New Zealand as the cricketer went to the National Cricket Academy (NCA) in Bengaluru on Tuesday after complaining of wrist pain in his right wrist. BCCI is yet to officially confirm his exclusion and name his replacement. 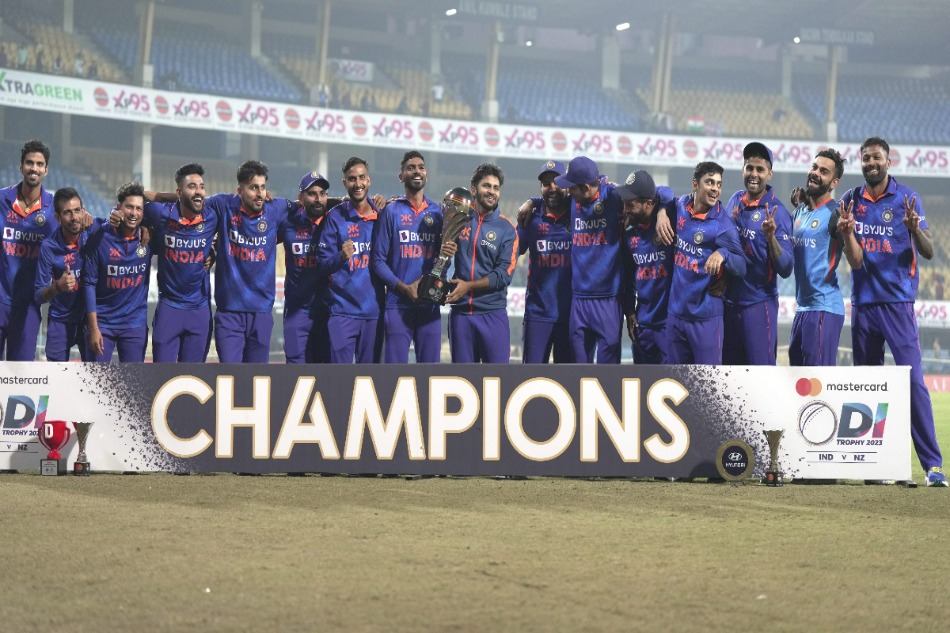 Gaikwad complained of the pain after Maharashtra's Ranji Trophy game against Hyderabad last week. The 25-year-old batter is part of India's T20 squad against New Zealand, starting in Ranchi on Friday.

Gaikwad, who missed a T20 series against Sri Lanka last year as well, informed the medical team of BCCI of the pain after the match and was advised further medical treatment at the NCA.

Ruturaj Gaikwad's absence could be blessing in disguise for Prithvi Shaw

Prithvi Shaw made a return to the Indian team recently. Image credit: PTI

Gaikwad's likely absence may open up opportunities for Prithvi Shaw, who made a return to the Indian team after a splendid show in the domestic circuit off late.

Gaikwad joined Shreyas Iyer at the NCA with the latter recovering from a back injury, which forced him out of the ODI series against New Zealand. Rajat Patidar was named his replacement but the middle-order is still in the squad for the first two Tests against Australia, starting next month.