Bengaluru, Nov. 21: India completed a series clean sweep as they notched up a massive 73-run win over New Zealand at the Eden Gardens on Sunday. 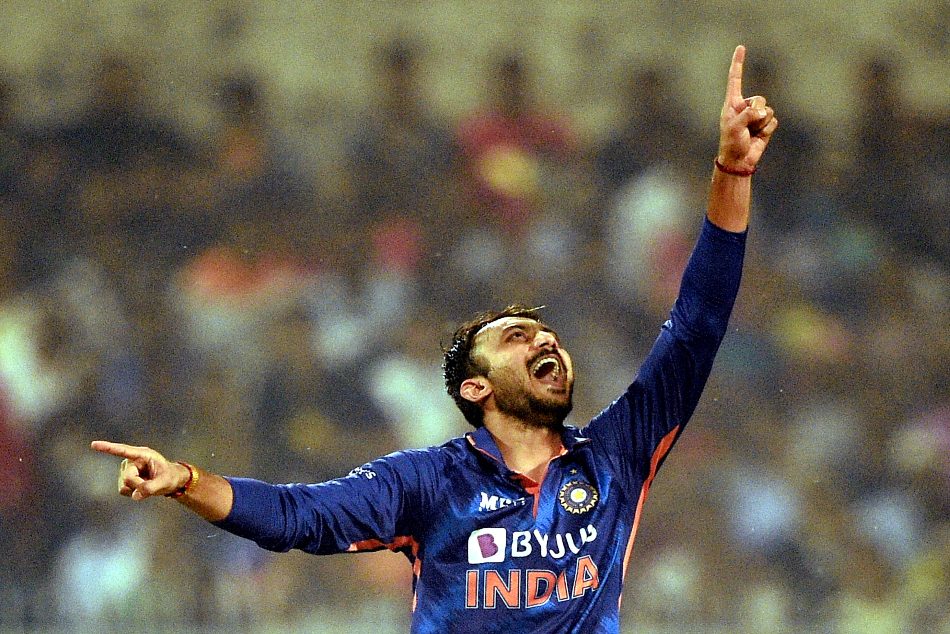 Having won the first two games to pocket the three-match series, Rohit Sharma-led Team India put up an impressive show with bat and ball to notch up a huge win over the visiting New Zealand side.

After a disappointing T20 World Cup outing, where India failed to make it to the semifinals, the Indian team under a new skipper and new coach, Rahul Dravid, dominated the T20 World Cup finalists to win the series 3-0.

Having already pocketed the series, India rested KL Rahul and R Ashwin for the final game of the series, bringing Ishan Kishan and Yuzvendra Chahal into the side.

Opting to bat first, skipper Rohit Sharma and Ishan Kishan handed India a strong start, stitching together an opening stand of 69 off 38. Mitchell Santner handed the visitors the breakthrough, pocketing three quick wickets to put the breaks on the hosts.

But quickfire innings from Shreyas Iyer (25) and Venkatesh Iyer (20), saw the hosts steady the ship, before Harshal Patel (18 off 11) and Deepak Chahar (21 off 8) piled the runs for the hosts in the lower order to guide India to a strong total of 184/7.

In response, the Indian bowlers put up a clinical display as they bowled out New Zealand for 111 to clinch their biggest win over New Zealand in T20Is. Axar Patel led the attack for the hosts pocketing three wickets, while Harshal Patel picked up two. Deepak Chahar, Yuzvendra Chahal and Venkatesh Iyer picked up a wicket each to bowl out the visitors in 17.2 overs.

Hyundai Best Save of the Match: Glenn Phillips

Winning Captain: Rohit Sharma: It’s important to start well. Whenever I bat it’s always been my mindset to give the team a good start. Once you see the pitch and know the conditions, you know what you need to do as a batter. It was coming on to the bat nice in the Powerplay so you want to get a good start and carry on. We had a plan. Wouldn’t say it worked out pretty well but the way we finished off - was happy with the way the lower order finished. The way Axar bowled. KL’s form is very critical for the team. The middle order didn’t get much opportunity. The spinners did the job for us. Harshal did well the last two games, and the spinners did the job for us in the entire series. Ashwin, Axar, and then Chahal bowling after a long period of time did well. Venkatesh bowling those overs with the skill he has can be useful going forward. If you see the teams going around the world, they bat very deep. Number 8 and 9 can play a big role. Harshal when he plays for Haryana, he opens the batting for them so he's a good batter. Deepak, we saw what he did in Sri Lanka. I've grown up playing on cement and concrete pitches back in the day and once I started opening the batting, that changed my approach. Picking the length, I wouldn't say it comes naturally but I've practiced a lot playing those shots [to the short ball] but I've gotten out to that shot many times also. When you have a strength, you have to play to it and not worry about getting out and express yourself. Playing the short pitched ball is one of my strengths so I just try to play to that and get the maximum result. You want to go out there and express yourself well.

Losing captain: Mitchell Santner: Yeah tough one to predict (dew). They bowled really well, especially Axar - three wickets in the power play. Credit to them. I think we were probably a little bit off. We came up against a very good Indian side and they are tough to beat at home. The way they batted at the top put us under pressure early. (Missing Williamson) Obviously a great player for us and with the Test matches coming up, it's understandable that other guys would get a chance and it was an opportunity to see different guys in different roles but India is a very tough side and they showed that again. (Positives) The way Guptill batted at the top. He’s in great form and Chappy with a fifty in the first game were positives. We'll reflect on what we did wrong and what we could’ve done.

Axar Patel: When I practice I vary my pace and think what the batsman will do. I try to vary my pace and read the batsmen’s mind. This wicket had a little help for spinners. I was bowling normally as the wicket was helping spinners. Was trying to bowl good lengths. Feeling good and confident as it has been a good year and I will take that confidence forward. Obviously if you take 27 wickets in a series you think you can do anything. I just reflect on what I used to do and what changes I make and what works for me.

India head coach: Rahul Dravid: It was a really good series win. Everyone played really well right through the series. It’s nice to start well but we’ve got to keep our feet on the ground. It's not easy for New Zealand to show up after a World Cup final and play three games in six days. We have to keep our feet on the ground and learn some things on the way forward. Long journey ahead for the next ten months. It's been really good to see some of the younger guys come through. We gave opportunities to some guys who haven't played a lot of cricket in the last few months with some more experienced guys taking a break. We've seen some good learnings and going forward we need to keep developing those skills going forward. It's really great to see that we've got options and can mix and match. It's going to be a long season between now and the next World Cup being realistic with how much cricket some of our experienced players will play. There's only three or four guys from here going on to Kanpur for the Tests and will need to be up at 7:30 am, so maybe the other guys will be able to have a late night and enjoy themselves.

Yuzvendra Chahal: I was working especially on my googlies and my topspinners and bowling more of them which is helping me to confuse the batsmen so I'm pretty happy with that.

Venkatesh Iyer: I think that's what I'm in the team for, batting and bowling so it's good to get a bowl finally. I think everyone aspires to play for the country and if the team wins the series comprehensively, its a good feeling. I've always maintained that as a professional cricketer, you have to be flexible as to where you will bat.

Harshal Patel: (International cricket) It seems easy, but I know is a pendulum. My skillset is not going to change overnight and I've had success doing the things I do well. I tried to do the things that have made me successful in the IPL at international level as well. Execution is a big part of the slower ball delivery because if you get it wrong, more often than not it'll sail over the boundary, even with lower order batters. You have to keep backing yourself. If you're not feeling confident, I can go back into the nets to work on it but it's a delivery I bank on.

Ishan Kishan: Boult got me out in the World Cup with the same ball so I knew he was going to ball the same ball on my pads and hit it. (Fielding or keeping) Whatever team asks me to do! The coach and captain asked me to do the simple thing, whatever I've done in the IPL. I just watch the ball and like to hit the ball hard. The coach said go play your shots and if you get out it's okay.