Mount Maunganui, Feb 2: Team India produced another dominant show on the field as they defeated New Zealand by 7 runs in the fifth and final T20I at Bay Oval. With this win, the Men in Blue created a massive record as Virat Kohli and his boys became the first team in the T20I history to win a five-match series 5-0.

This is Team India's maiden T20I series win on the New Zealand soil where they had a poor record in the shortest format before the start of this rubber.

Rohit Sharma led the Indian side in the fifth match as regular captain Virat Kohli was given a rest. The Mumbaikar elected to bat after winning the toss and slammed his 21st half-century in T20I but was unlucky to be retired hurt at 60 after hurting his calf. 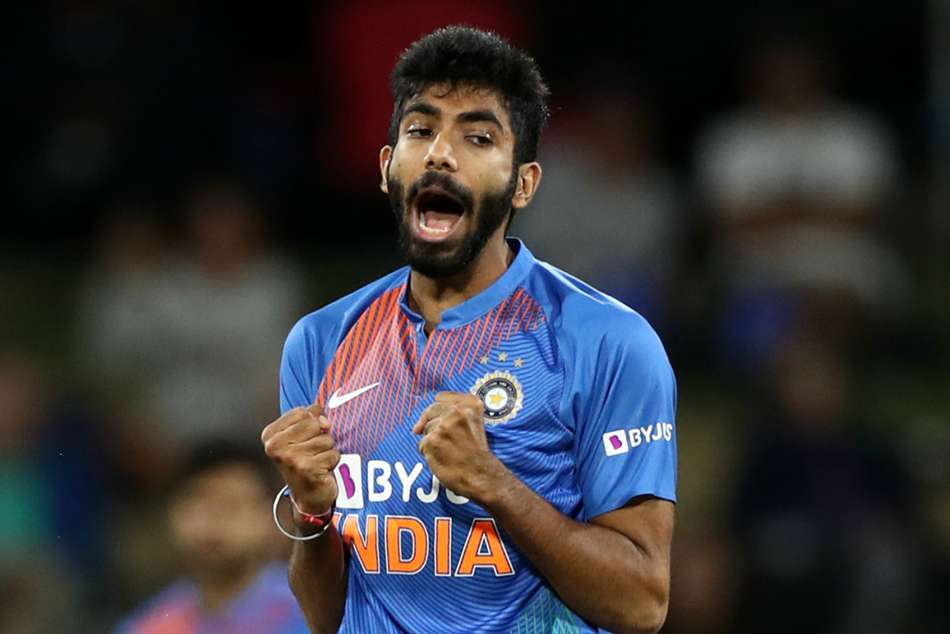 Opener KL Rahul scored vital 45 runs before getting dismissed but India posted 163/3 in the stipulated 20 overs.

In-form Rahul who has been already shouldering the responsibility of a wicketkeeper in the side led the side when the tourists came into the middle to defend the total of 163.

The bowlers once again showed tremendous skills and control as they prevented the kiwis from crossing the winning line. Tim Seifert and Ross Taylor struck half-centuries but departed at a crucial juncture in the run chase.

Seifert scored 50 off 30 deliveries while Taylor - who was playing his 100th T20I - gave a contribution of 53. Once the 99-run partnership between Seifert and Taylor was broken, the Indians clawed their way back into the game and registered another sensational win.

India has done to New Zealand what West Indies did to India at home back in 1983 to avenge the World Cup final loss!#INDvsNZ #INDvNZ #NZvsIND

Jasprit Bumrah was the pick of the bowlers for India as the speedster picked up 3 wickets from his quota of 4 overs and conceded just 12 runs. The Gujarat quick - who bowled a couple of toe crushing yorkers to get the wickets of opposition batsmen - also bowled a maiden over.

Bumrah was brilliantly supported by young pacer Navdeep Saini - who returned with impressive figures of 2 for 23 from his 4 overs. Speedster Shardul Thakur went for some runs in the last over he bowled but the Mumbaikar grabbed a couple of wickets in a single over which turned the match in India's favour.

With this series win, Virat Kohli became the first captain to claim 10 T20I series wins after leading his team in a minimum 15 T20I series. The Men in Blue will now eye ODI series against the Kiwis, which starts February 5.

Here are the records created during the match and in the series:

Most runs in a bilateral T20I series for India:

KL Rahul scored 224 runs against the NZ in the 5 matches which is the maximum scored by any Indian in a bilateral series. The previous record was owned by Virat Kohli (199) against Australia during the three-match T20I series.

- Most runs as a keeper in a Men's T20I series/tournament.

Most bilateral series wins as captain (after 15 T20I series)

Another record for Rohit Sharma

Rohit Sharma slams 21st T20I half-century with his knock of 60* in 5th T20I. With 21 fifties and 4 century, the Mumbaikar now has the most 50-plus scores in the shortest format (in international cricket).

Most Maiden Overs in T20Is:

Most expensive overs in T20Is:

Clean sweeps for India away from home

Clean sweeps for India away from home (3+ match):

New Zealand lost all the matches despite hitting more number of sixes than India.

The Black Caps hit 39 maximums while Team India smashed 35. The hosts also hit more boundaries than India in the five-match series. Indian batsmen hit 55 fours in the five games while hosts struck 64 of them.