IPL 2017: List of players injured or set to miss the tournament

New Delhi, April 3: The tenth season of the Indian Premier League (IPL) is all set to start but injuries have already started bothering the franchises as well as cricketers. 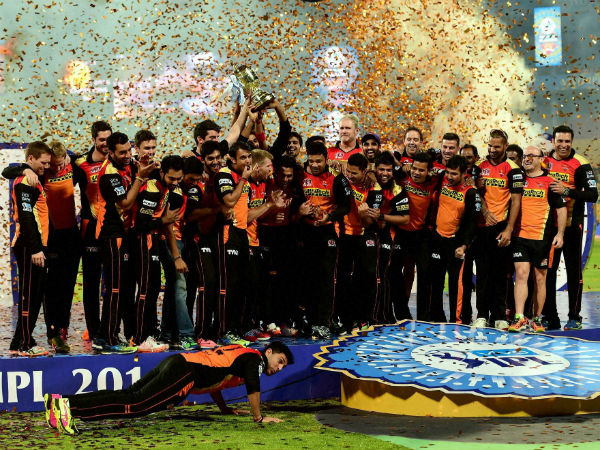 All eight teams are preparing hard to get into the grooves and acclimatising with the conditions for the nearly two-month-long period.

Players from different parts of the world would be keeping their international rivalries aside as they will be going to sport a common jersey to help their respective team win the title.

Fans will once again get a chance to watch their favourite stars and their rivals play under one roof and compete together for a common cause.

But as the international cricketing calendar is getting busier with every passing year the players are getting prone to injuries. Injuries and/or national duties will keep several star cricketers from their respective franchises.

Thus, several big names in the business are either going to miss some part of the tournament or have been ruled due to injuries or national team's fixtures.

Here are the cricketers who are injured so far:

The biggest in the list is Royal Challengers Bangalore (RCB) captain Virat Kohli who is nursing the shoulder injury that he sustained during Australia series.

Kohli is likely to return on the field by second week of April.

The 28-year-old is the biggest IPL star and his absence even in the first few games will be badly felt by the team as well as by fans.

The Royal Challengers Bangalore suffered their second blow in KL Rahul, who has been ruled out of the tournament.

Rahul, who played the Test series against Australia with an injured shoulder, will be heading to London to get a surgery done.

Rahul, therefore, will not be providing his services to the RCB in the IPL 10.

The star cricketer from South Africa will be the third setback to an already depleted RCB side. They will already be missing their skipper Kohli for some games and KL Rahul, being ruled out of the contest.

De Villiers pulled out of the final of the Momentum One Day Cup domestic 50-overs meet in Centurion last week, which raised concerns over his fitness.

The talismanic batsman may have reached Bengaluru, but it will be interesting to see if he plays RCB's opening game against Sunrisers.

The extent of his injury has not been confirmed by either the player or South African cricket board.

The slinger has been a strength and a match winner for the MI franchise in whatever tournament has been a part of.

At present the Sri Lanka speedster is busy on a national duty. Thus, it will be interesting to see when joins his IPL franchise as he will definitely miss the first few matches.

The 33-year-old is all-time leading wicket-taker of the IPL with 143 scalps from 98 matches. He missed the IPL 9 due to injury.

The Sri Lankan all-rounder is also busy on national duty and will not join the franchise in the first few games.

The Sri Lankan was bought by the franchise in this year's IPL auction. He would be desperate to make his IPL debut.

The explosive South Africa batsman will not be playing a single match for his franchise, Delhi Daredevils, this year.

The left-handed batsman suffered a tendon damage on his right index finger during Test series against New Zealand.

He was cleared to play Hamilton Test but pulled out of the IPL as his cricket board wants him to be fit before Champions Trophy 2017.

The Delhi Daredevils suffered a massive blow as their seasoned campaigner JP Duminy pulled out of the upcoming season citing personal reasons.

Duminy, the South African batting all-rounder, has been a regular member of the DD franchise since 2014. He had a decent season in the IPL 2016 as well.

Therefore, his services will be badly missed by the franchise.

The bowling all-rounder from Tamil Nadu has been a match winner for his franchises in the IPL. But he suffered a sports hernia during the Australia Test series and was, therefore, ruled out of the 10th season.

Ashwin will also be keeping his sights upon upcoming Champions Trophy 2017 as he deserves to take a break after a hectic home season.

The off-spinner bowled more than 700 overs in the domestic series, most by any bowler in a single season.

Rising Pune Supergiant are definitely going to miss the services of their most seasoned bowler.

The Australian all-rounder suffered an injury during the India-Australia Test series and was thus ruled out of the tournament as well as the upcoming cash-rich league.

Marsh had to leave the IPL midway in 2016 due to a side strain as well as in 2009 because of the same reason.

South Africa spinner Imran Tahir has been roped in by the RPS as a replacement to Marsh. His ability to play a cameo and pick up wickets in the middle overs would be definitely missed by the side.

The Tamil Nadu opener Murali Vijay will undergo surgery on his right wrist and left shoulder. Post surgery, Vijay will take time off to heal his shoulder, which forced him to sit out of the Bangalore Test against Australia.

Thus, the aggressive batsman will not be playing any matches for the Kings XI Punjab in this year's edition.

The BCCI, in a statement, said that Umesh has a right hip injury and lower back soreness but should recover by second week of April.

Umesh took 17 wickets in the four-Test series against Australia while India won 2-1.

Gujarat Lions all-rounder Ravindra Jadeja has been asked to rest for a period of two weeks to recuperate from issues in his spinning finger. The World No.1 Test bowler will be playing for his franchise only after April 15.

"Ravindra Jadeja has been advised rest for 2 weeks to recuperate. Jadeja has issues with the spinning finger and he will recover during the initial phase when his team will play the first and second match of IPL 2017," the BCCI said.

It comes as no surprise because the left-arm spinner has bowled his heart out this home season and skipper Virat Kohli went on to tag him the ‘bowling machine'.

The Bangladesh 'cutter master' will not be available in the opening game against Royal Challengers Bangalore as he's expected to join the franchise on April 7 after playing the final match of the limited overs series against Sri Lanka.

There were unconfirmed reports that said that Bangladesh's left-arm pace sensation will not be available during this season of IPL. But team's head coach Tom Moody has assured that Rahman will be joining the team on April 7.

RCB's young batsman Sarfaraz Khan will most likely be unavailable for the entire season after hurting himself on the field during a practice match in Bengaluru.

He was expected to partner Chris Gayle in the absence of Kohli as he is likely to miss the first few matches in the tournament.

Delhi Daredevils suffered another setback ahead of their IPL 2017 season as flamboyant batsman Shreyas Iyer was ruled out for at least a week due to chickenpox.

Iyer is now back in Mumbai recuperating from illness and is expected to join the squad after getting fully fit.