London, May 31: Ben Stokes insists his astonishing catch in England's World Cup rout of South Africa on Thursday (May 30) doesn't rank as the best of his career.

Stokes capped a man-of-the-match display in England's 104-run victory at the Oval with one of the greatest catches in World Cup history.

Diving backwards to dismiss Andile Phehlukwayo with a one-handed take on the boundary off Adil Rashid, Stokes' sensational effort was immediately labelled "the catch of the century" by former England spinner Phil Tufnell on the BBC.

No question about who's the Player of the Match in the #CWC19 opener 👏 #ENGvSA #WeAreEngland pic.twitter.com/2pZwa10xEt

It was the culmination of a remarkable day for Stokes, who also top-scored for England with 89 in 79 balls and took the last two wickets in successive balls to finish off the South Africans.

But Stokes claimed he preferred his stunning one-handed grab of an Adam Voges edge in the gully during a 2015 Ashes Test against Australia at Trent Bridge. 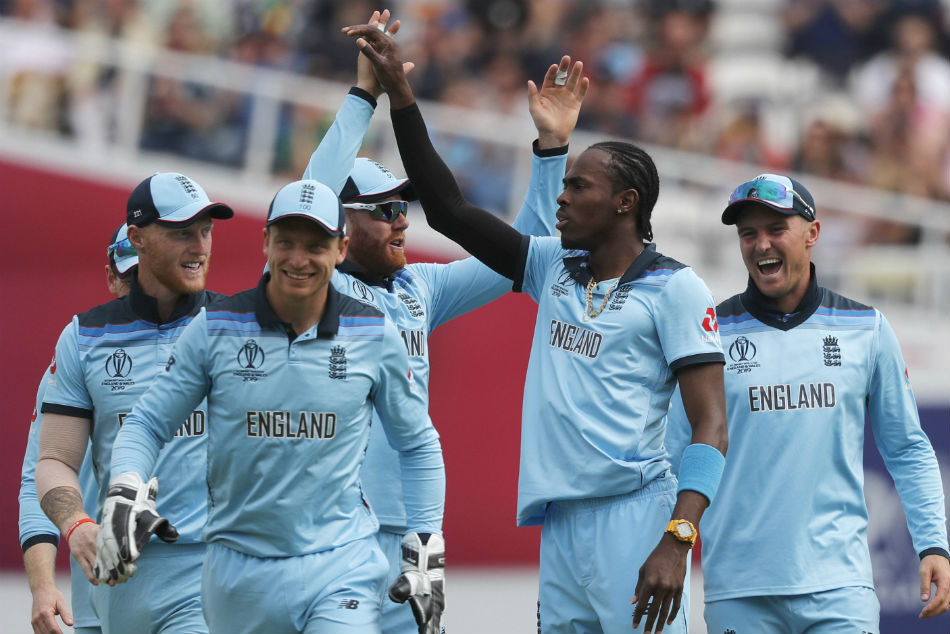 ENG vs SA - As it happened

Asked if it was the greatest catch of his life, Stokes told reporters: "Nah, that one was against the Aussies, so that one ranks higher!"

Stokes admitted he had misjudged the flight of the ball initially, leading Phehlukwayo's shot to flash past him until the all-rounder leapt backwards to complete a jaw-dropping catch with his right hand.

"I was actually in the wrong position. It would have been a regulation catch if I was in the right place, but yeah it is one of those that sticks or doesn't," Stokes said.

"I bowled the next over and Eoin Morgan had to come to me and ask if my heart rate had gone down. Things like that catch do get you fizzed up.

"I didn't really know quite hard to react to be honest. I just tried to take it in."

Regardless of which catch deserves top billing on Stokes' CV, the 27-year-old was grateful to be back in the spotlight for the right reasons.

Stokes had struggled to hit the heights he showed before being acquitted of affray last year following an incident outside a Bristol nightclub. He returned from the Indian Premier League (IPL) earlier this year out of form with both bat and ball.

Ben Stokes has just taken one of the greatest catches you will EVER see!

But Stokes showed England can rely on him and he hailed the resounding win in the opening match of the tournament as a "perfect day".

"The best thing about being an all rounder is you can influence the game pretty much the whole 100 overs. It is always nice when you can contribute to the team winning," he said.

"The most pleasing thing is we have got the first game out of the way and winning like that. There were a few nerves knocking about, there definitely was for me as I have not felt like that in a long time."