Bengaluru, September 26: Arsenal claimed consecutive Premier League victories over Tottenham for the first time since 2014 as they eased past their North London rivals 3-1.

Having initially made a strong start to life under Nuno Espirito Santo, Spurs have now lost three successive league games, with their manager seeing his first derby effectively lost inside the first 45 minutes.

Spurs offered limp resistance and the game was essentially put to bed by the excellent Bukayo Saka, with Son Heung-min's effort a mere consolation for Tottenham.

Smith Rowe rewarded Arsenal for a bright start when he drifted towards the near post to slot Saka's clever low delivery beyond a rooted Hugo Lloris.

Thomas Partey tested Lloris from range and Aubameyang fired a long-range effort narrowly over the crossbar before Spurs threatened a riposte through Son, who forced Aaron Ramsdale to turn behind from a tight angle.

Aubameyang found the desired accuracy to double Arsenal's lead as Spurs were caught on the counter, the Gabon forward freeing Smith Rowe down the left with a neat backheel and then firing into the bottom-right corner from the eventual return pass. 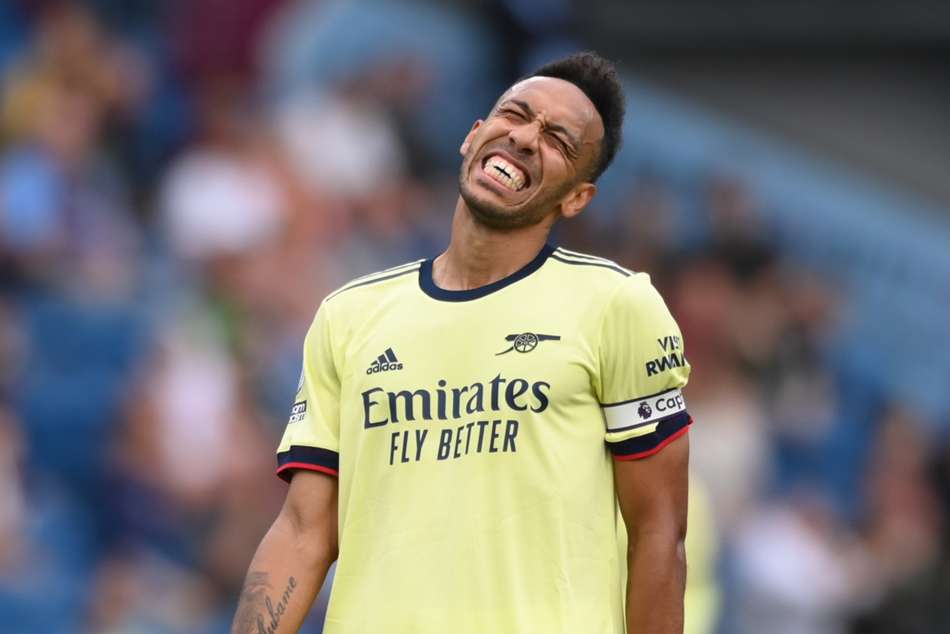 Arsenal v Tottenham: Is there any way back to the top for Aubameyang?

Tottenham failed to learn their lesson and were undone by another Arsenal break. It was Saka this time who was given the freedom of one flank, and he surged into the open space to tuck home after seeing Harry Kane block his attempted pass to Aubameyang.

After his defensive efforts fell short, Kane then missed a glaring opportunity to offer a more traditional contribution to proceedings as he headed wide unmarked from a corner, encapsulating an awful first half for Spurs.

Kane did draw a save from Ramsdale on the hour mark and then beat the Arsenal goalkeeper, only to see his dinked effort drift wide of the right-hand post.

And here's how the #PL looks after Sunday's drama... pic.twitter.com/2O2sFxd4YA

Son side-footed beyond Ramsdale, with Granit Xhaka injured in the build-up, but those were the only blots on a superb day for Arsenal, who survived an injury-time scare when their goalkeeper tipped a Lucas Moura strike onto the crossbar.

The win continued Arsenal's resurgence over archrivals Tottenham as the two north London clubs continued to move in opposite directions in the Premier League.