Deschamps disappointed by French snub for FIFA's The Best award 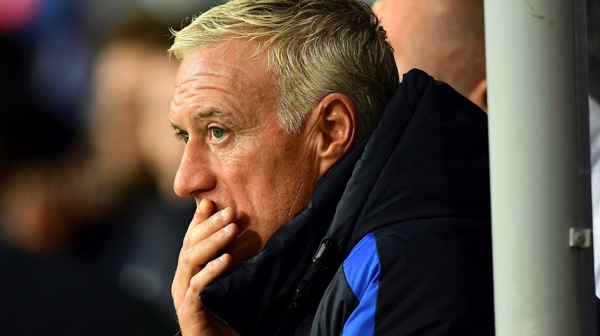 Deschamps sad not to see Griezmann on FIFA Best shortlist

Deschamps' men lifted the trophy in Russia just under two months ago despite their squad being the second youngest at the tournament.

Antoine Griezmann and Kylian Mbappe were arguably their two standout performers, yet neither got a mention when FIFA announced the nominees for the award on Monday (September 3).

Cristiano Ronaldo, Mohamed Salah and Luka Modric were the three finalists and, while Deschamps stopped short of saying any of them were not deserving, he was keen to highlight Griezmann's achievements.

"I am disappointed," Deschamps told reporters at a news conference on Wednesday.

"I won't say it's unfair, because that would mean the three others who stay in the race would not deserve it.

"They deserve it, but what I can say is that Antoine and a few other French players would have deserved to be in the list too.

"And, I hope I will not be accused of national chauvinism, but when you consider their achievement with their national team this summer and what they have done with their clubs too, they would deserve it.

"Antoine has won the Europa League, being decisive in final. We need to accept it, votes are coming from everywhere in the world.

"I am disappointed for him and for others, as Antoine was not the only one to deserve it."