London, June 28: Kevin De Bruyne and Raheem Sterling were on target as holders Manchester City coasted into the FA Cup semi-finals with a 2-0 win at Newcastle United. 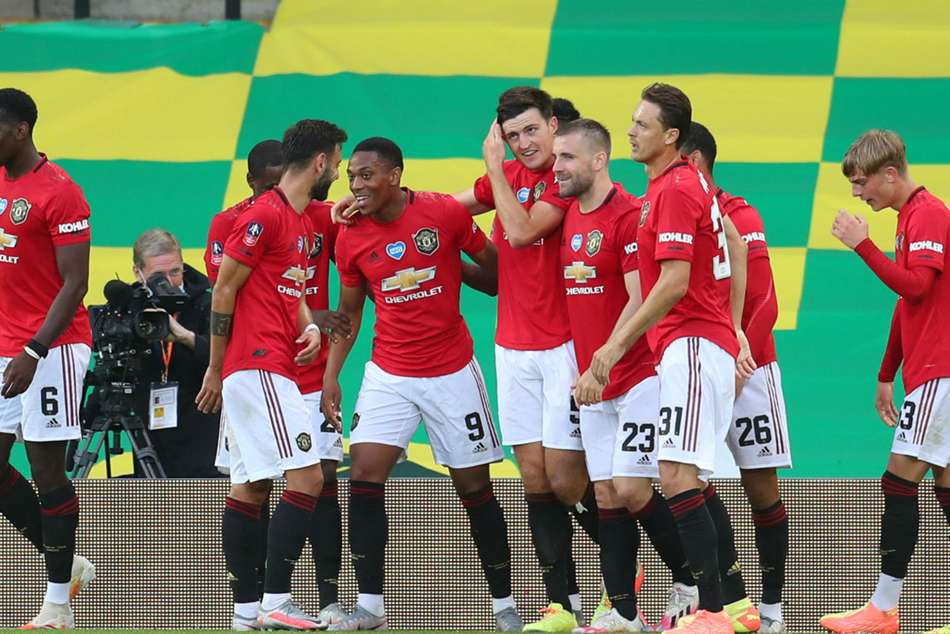 A 2-1 reverse at Chelsea on Thursday officially ended City's reign as Premier League champions and Pep Guardiola's men looked out to make a statement from the off at St James' Park.

De Bruyne, who turned 29 on Sunday, coolly slotted home a 37th-minute penalty in what was scant reward for a dominant first-half showing.

Sterling then added a fine second 22 minutes from time as City booked a last-four date with Arsenal at Wembley.

Riyad Mahrez blazed one over and bent another effort wide of the right post from 20 yards as City threatened early.

Karl Darlow twice denied Sterling in a match that was fast becoming an attack-versus-defence training drill.

It took a silly push from Fabian Schar on Gabriel Jesus to break Newcastle down, though, with De Bruyne rolling the resulting penalty into the bottom-left corner.

Newcastle should have been level when Allan Saint-Maximin laid one on a plate for substitute Dwight Gayle, who astonishingly skied over from six yards with the goal gaping.

City immediately made them pay. Sterling drove at the Newcastle defence and cut inside before curling a cute finish into the bottom-right corner from 20 yards.

What does it mean? City's treble dream intact

The Premier League trophy may be about to reside in Liverpool's trophy cabinet for the first time but City are still in the hunt for an EFL Cup, FA Cup and Champions League treble. They seldom had to get out of first gear here.

Steve Bruce's game-plan was clear – play deep, keep it compact and hit on the counter. The only problem is such a tactic allowed Sterling – who scored his first goal from outside the box since November 2018 – and Mahrez ample opportunity to attack and both men were a constant threat.

That Schar was silly, Fabian…

Newcastle were unimaginative but defensively stubborn until Schar had two goes at pushing Jesus to ground. It was a real head-scratcher of a decision from the centre-back, one that ended the hosts' resilience.

- Newcastle have conceded two or more goals in 20 of their last 24 matches against City in all competitions. - City have won their last 10 FA Cup matches by an aggregate score of 37-4. They are only the third team to achieve this feat since the turn of the 20th century, after Aston Villa (10 between 1913 and 1914) and Chelsea (13 between 2009 and 2011). - De Bruyne is the first City player to score a goal on his birthday since Nolito against Everton in October 2016. - De Bruyne has been directly involved in 30 goals in all competitions this season (12 goals, 18 assists), more than any other City player.

City face Arsenal in the FA Cup semi-finals but are next set to give Liverpool a guard of honour when the new champions visit the Etihad Stadium on Thursday, a day after Newcastle make the mammoth trip to Bournemouth.