London, July 26: Manchester United and Chelsea claimed the final two Champions League qualification spots on the Premier League's final day, while Watford and Bournemouth were relegated to the Championship.

Frank Lampard's side beat Wolves 2-0 while United grabbed the other Champions League berth thanks to a 2-0 victory over Leicester City, who missed out on a top-four finish despite spending most of the campaign in the table's upper reaches.

A 1-1 draw at West Ham saw Aston Villa retain their top-flight status, with Bournemouth's 3-1 victory over Everton not enough to prevent them and Watford - beaten 3-2 by Arsenal - joining Norwich City in being demoted.

32 wins for the #PL champions, equalling the record for most victories in a single campaign! pic.twitter.com/50ZI8qIwpv

A draw would have been enough for Leicester to finish fourth had Chelsea been beaten by Wolves, but first-half goals from Mason Mount and Olivier Giroud ruled out that possibility early on.

Jamie Vardy, who won the golden boot with 23 goals, headed against the crossbar in the second period before Fernandes converted United's record 14th penalty of the campaign and Lingard added another to ensure a return to Europe's premier club competition, with Leicester's misery compounded by Jonny Evans' late dismissal.

Villa captain Jack Grealish's 84th-minute strike looked to have been enough to preserve their Premier League status - and, though Andriy Yarmolenko's deflected effort brought West Ham back level moments later - Dean Smith's team held on to avoid going straight back down at the first attempt.

Instead it was Bournemouth - a Premier League club since 2015 - who went down despite their win at Goodison Park.

Watford, who were promoted five years ago too, were also relegated having fallen 3-0 down to Arsenal inside 33 minutes, with goals from Troy Deeney and Danny Welbeck not enough to save them.

A 1-1 draw at Crystal Palace ensured Tottenham sealed a top-six finish and the final qualification place for next season's Europa League, as Wolves dropped down to seventh on goal difference.

As well as scoring twice, Kevin De Bruyne also equalled Thierry Henry's Premier League assist record with his 20th of the season as Manchester City thrashed Norwich 5-0 to reach 102 goals for the season. 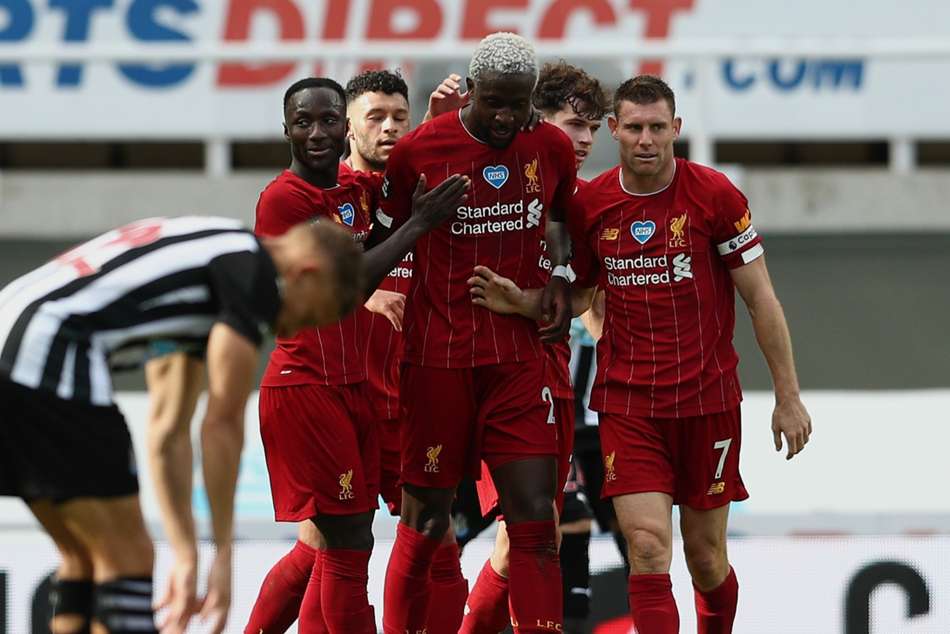 Liverpool came from behind to beat Newcastle