London, Nov. 2: Manchester City kept pace with Premier League leaders Liverpool after Kyle Walker struck late on to give them a 2-1 victory over Southampton on Saturday. 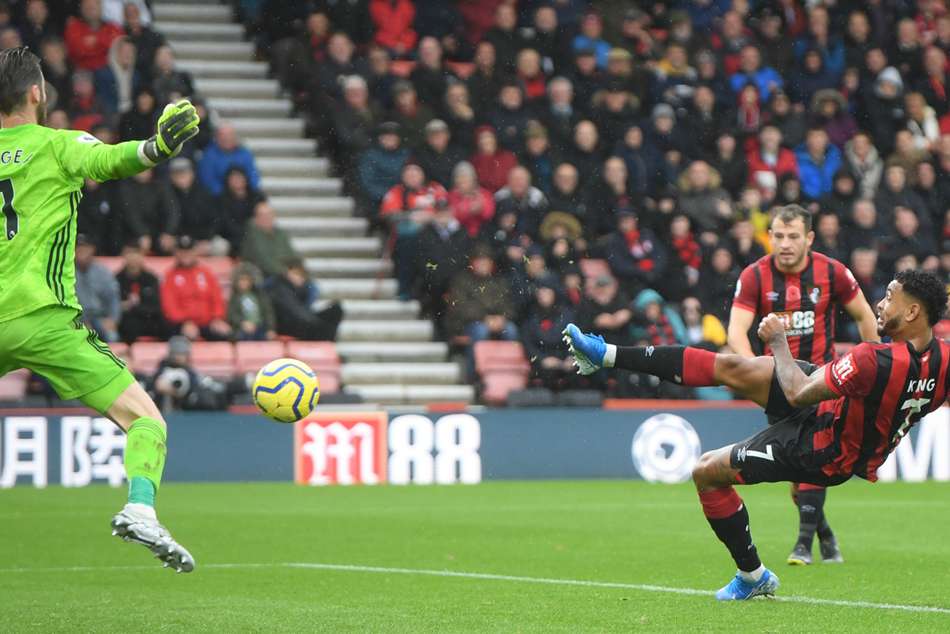 A goalkeeping blunder by Ederson allowed James Ward-Prowse to give Southampton a surprise 13th-minute lead at Etihad Stadium.

City initially struggled to break down a resolute Southampton defence before Sergio Aguero eventually equalised when he fired past goalkeeper Alex McCarthy.

However, Walker latched on to Angelino's cross to slide the ball home and secure a win that means the champions remain six points behind Liverpool.

Second half goals from Sergio Aguero and Kyle Walker see Man City come from behind to secure all 3 points#MCISOU pic.twitter.com/KQR66KgSNL

Mane and Robertson strike for Reds to secure last-gasp win

Sadio Mane and Andy Robertson struck late on as Premier League leaders Liverpool came from behind to claim a stunning 2-1 win over Aston Villa.

Jurgen Klopp's side looked set to be heading for just their second top-flight defeat of 2019 at Villa Park, Trezeguet's 21st-minute effort having put the hosts ahead in a clash containing further VAR controversy.

Trezeguet's goal stood following a check for offside, but a review did not overturn the decision to disallow what appeared to be a valid equaliser from Roberto Firmino.

However, Liverpool's second-half dominance eventually finally paid off in a dramatic finish. Robertson headed in from point-blank range before Mane flicked home the winner in the fourth minute of added time, keeping the Reds six points clear of Manchester City at the summit.

📸 The moment Sadio Mane won it deep into added time for Liverpool...#AVLLIV pic.twitter.com/E223k2yW6Q

Pierre-Emerick Aubameyang scored his 50th Arsenal goal but Wolves came from behind to earn a 1-1 Premier League draw at Emirates Stadium on Saturday.

The Gabon striker was captaining Arsenal in the absence of Granit Xhaka, who was left out for the second game running after his reaction to being substituted against Crystal Palace.

Aubameyang had failed to score in three consecutive league games but opened the scoring in the 21st minute, though Arsenal remain winless in three top-flight matches after a late leveller.

Wolves struck with 14 minutes to go, Raul Jimenez climbing at the back post to head in Joao Moutinho's cross and extend Wolves' unbeaten league run to six games.

Wolves dominated the opening exchanges before Aubameyang - Arsenal's fifth starting captain of the season - hit a weak volley to waste a clear chance at the other end.

Arsenal took the lead within three minutes of that opportunity. David Luiz found space on the right wing and picked out Alexandre Lacazette in the box, the striker feeding Aubameyang to tuck home.

Lucas Torreira and Lacazette then forced saves from Rui Patricio as Arsenal gained control, but after the interval Wolves got on top again.

Raul Jimenez cancels out Pierre-Emerick Aubameyang's opener at the visitors fight back for a point#ARSWOL pic.twitter.com/sEdD0TB78e

Bernd Leno denied Jimenez before a series of defensive blocks kept the visitors at bay, while Romain Saiss was perhaps fortunate only to be booked for a poor challenge on Arsenal's substitute striker Gabriel Martinelli.

Arsenal's inability to kill the game came back to haunt them as a clever Wolves throw-in from Jonny Castro Otto allowed Moutinho to cross for Jimenez and salvage a point for his side, deepening the woes of Emery and prompting full-time boos from home fans.