London, January 9: Maurizio Sarri accused English officials of not knowing how to use VAR after his team's 1-0 EFL Cup semi-final defeat to Tottenham, while Spurs boss Mauricio Pochettino is also not a fan of the system in its current guise. 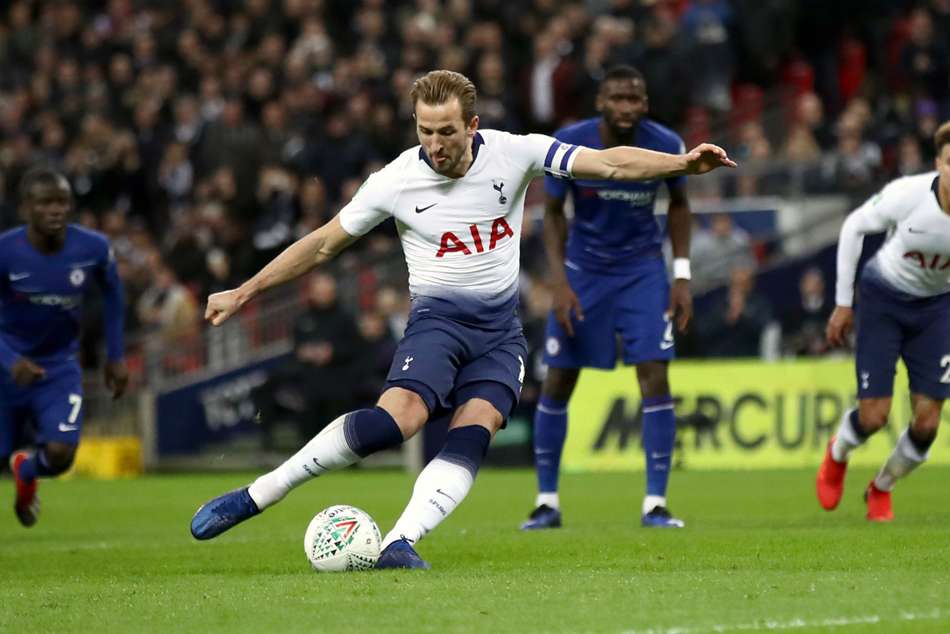 The England captain was brought down by Chelsea goalkeeper Kepa Arrizabalaga, but only after the linesman had flagged for offside.

Referee consulted his video assistant, whose pictures showed Kane to be level with Cesar Azpilicueta, and proceeded to book Kepa and award the spot kick.

Sarri told Sky Sports that Chelsea's own images suggested the Tottenham striker was offside, although his main complaint concerned the early offside flag as he argued that stopped his defenders from retrieving the situation.

"I saw a few minutes ago the video from our camera. It was offside," said the former Napoli boss.

"Our camera was in line with Kane and it was offside. But it's not important.

"It was really important for the man [assistant referee] to follow the ball. It [the offside flag] did not help our defenders.

"I don't think English referees are ready to use the system

"If you are not sure with this system you have to follow the ball and then at the end of the action you have to decide. On this occasion, he stopped."

We'll be hearing the thoughts of Maurizio Sarri shortly...#TOTCHE pic.twitter.com/5DN0xlET4F

As such, Sarri is apprehensive over the proposed full-scale introduction of VAR in the Premier League from next season, having observed teething problems in his homeland.

"They have to study this system because in Italy the first period was very difficult," he added.

"It is very strange that in the Premier League they don't have the system and in the Carabao Cup there is the system."

Despite being the beneficiary of the game's major talking point, Pochettino sounded a similarly cautionary tone to Sarri – the ex-Espanyol boss having not enjoyed what he has seen from VAR in LaLiga.

"I prefer the technology but in a different way – being clear about how we are going to use.

"I am pro-technology, you cannot stop evolution. But waiting how we wait for the benefit like this…

🗨️ Mauricio: "We were very competitive, but we can do better. Of course we need to be happy but the second leg is going to be completely different." #COYS pic.twitter.com/9da0BkIn8Z

Pochettino added: "I am watching LaLiga every week and no one is happy – the big clubs or the small clubs. That is a good example for us.

"We still have six months to improve that system."