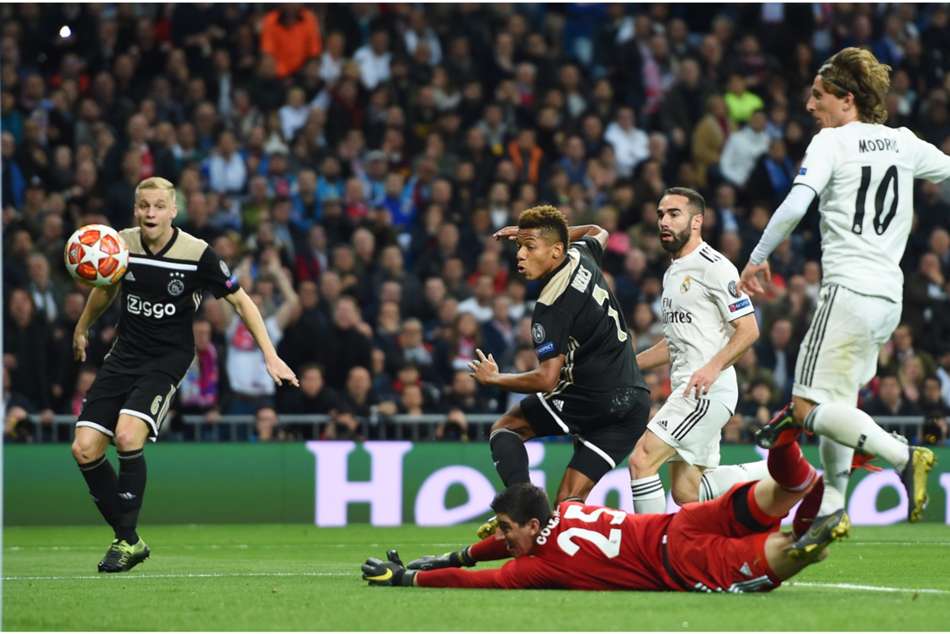 The embarrassing defeat – Madrid's fourth in succession on home soil having lost twice to bitter rivals Barcelona in the space of a week – capped a 5-3 aggregate defeat for the Spanish giants.

Madrid's last-16 exit only amplified the pressure on Solari with the team 12 points off the pace in La Liga but the 42-year-old, who replaced Julen Lopetegui last year, has no plans to walk away.

"I didn't come here to give up," he told a post-match press conference.

Solari added via Movistar: "The season is difficult, but we are here to show our heart and character in difficult moments.

"Easy moments are easy for everyone, you can climb up and surf them, but difficult moments you have to show bravery."

"What we must do is remain as calm as possible in such a difficult moment and take it on with the best character," he continued. "Madrid is bigger than any of us - it always returns - and returns even stronger."

After the match against Ajax, full-back Dani Carvajal described Madrid's European elimination as the end of a "s*** season".

Asked about Carvajal's comments, Solari said: "Carvajal has a lot of character, he was speaking in the heat of the moment on the side of the pitch. The season goes on, we've still got LaLiga."

Madrid were without captain Sergio Ramos, who was suspended after deliberately picking up a yellow card in the 2-1 first-leg win in Amsterdam.

"Of course," Solari responded when asked if Madrid missed Ramos. "Without talking badly about any of our players, of course we missed our captain."

Meanwhile, Nacho Fernandez - who was sent off late in the game - added: "We're devastated. It's very complicated. We're not used to being at this stage of a season with practically no title left to play for. LaLiga's practically impossible, we're out of the Copa and the Champions League. It's tough.

"We were never going to win the Champions League forever; reigns come to an end. A night like this comes along sooner or later."