Brighton, April 18: Tottenham missed the opportunity to pull level with Liverpool in third place in the Premier League after being held to a 1-1 draw by Brighton and Hove Albion on Tuesday (April 17). 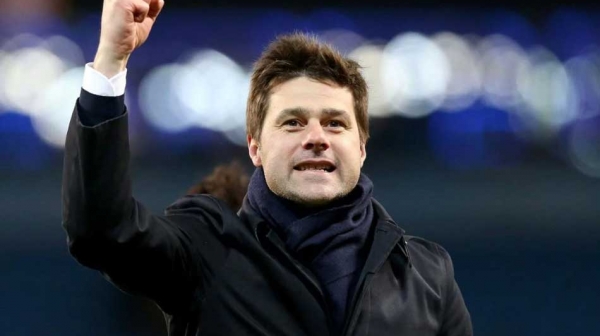 Pochettino tells journalist top four race is 'up to you'

A win for Mauricio Pochettino's side would have sent them 10 points clear of fifth-placed Chelsea and put them in a strong position to secure a top-four finish.

However, they had to settle for a point against the Seagulls and their lead can now be cut to five points if Antonio Conte's side come out on top against Burnley on Thursday (April 19).

After a dismal first half, Harry Kane's 26th league goal of the season in the 48th minute looked to have set up the north London side for a routine win.

Those hopes were extinguished within 90 seconds as Pascal Gross netted from the penalty spot after Jose Izquierdo was felled in the area.

Tottenham did all the pressing in the closing stages, with Christian Eriksen and Lucas Moura coming close, but they were unable to find a winner against Chris Hughton's resolute side.

FT: Albion move eight points clear of the @premierleague relegation zone. Kane opened the scoring for the visitors, but Gross found the bottom corner from the penalty spot moments later to secure a hard-earned point for the Seagulls. #BHAFC 1 #THFC 1 #BHATOT pic.twitter.com/hkR9bI83ae

Tottenham, who handed a first Premier League start to Moura following his January transfer from Paris Saint-Germain, began brightly, but had little to show for their attacking endeavours during a tepid opening 30 minutes.

At the other end, Lewis Dunk tested Hugo Lloris – making his 250th appearance for the club – with a powerful header and Anthony Knockaert saw a deflected long-range effort held by the Spurs goalkeeper.

Kane then uncharacteristically lashed over from a good position on the edge of the penalty area, while Moura saw a swerving drive from distance comfortably tipped over by the under-worked Mathew Ryan.

The Seagulls keeper then had to be at his best moments before the interval, getting down smartly to palm away Son Heung-min's low drive after a flowing move from the visitors.

The game burst into life shortly after the interval with two goals in the space of 143 seconds.

Kane kicked things off when he powered home from 10 yards out after being teed up the industrious Son, who had done wonderfully to shrug off the attentions of Dunk and keep the ball in play.

Spurs' joy was short-lived, however, as less than a minute later Serge Aurier appeared to trip Izquierdo inside the area.

The decision to award a penalty appeared generous, but Gross cared little as he whipped the resulting spot-kick low to Lloris' right for his sixth Premier League goal of the campaign.

Moura should have tested Ryan soon after, but the Brazilian dragged his effort wide after cutting inside from the left.

Shane Duffy was then inches away from conceding an own goal as his outstretched boot somewhat fortuitously diverted Eriksen's low effort agonisingly past the far post.

Perhaps with one eye on the FA Cup semi-final against Manchester United on Saturday, Pochettino took Kane off with six minutes remaining.

His replacement, Fernando Llorente, struggled to make an impact with only Erik Lamela – who stung the palms of Ryan with a powerful effort – threatening to find a winner in the closing stages.

- Tottenham failed to win a league game in which they were ahead for only the second time this season (W20 D2 L0), with the other game being a 1-1 draw with Burnley in August.

- There were just 143 seconds between Harry Kane's opener and Pascal Gross's leveller.

- Gross has been directly involved in 43.8 per cent of Brighton's 32 Premier League goals this season (six goals, eight assists). Only Mo Salah (50 per cent) has been involved in a higher proportion of his team's goals.

- No side has drawn more home games this season than Brighton (eight, level with West Brom).

- Tottenham are unbeaten in 13 away games in all competitions – only once have they ever had a longer run (15 between April 1949 and January 1950).

- Harry Kane has now scored against 26 of the 27 different clubs he's faced in the Premier League (96.3 per cent), with the exception being Cardiff City.

- Indeed, of all players to have played against more than one side in the competition, only Thierry Henry (97.1 per cent) and Sergio Aguero (96.9 per cent) have scored against a higher percentage of the opponents they've faced.

- The English striker has now scored 15 away goals in the Premier League this season – only Kevin Phillips in 1999-00 (16) has scored more on the road in a single campaign.