Lucas' second-half hat-trick – including a 96th-minute winner – sealed an incredible 3-2 win for Spurs over Ajax in the second leg of their semi-final in Amsterdam.

Matthijs de Ligt and Hakim Ziyech had given Ajax a 2-0 lead – 3-0 on aggregate – before Lucas' heroics. 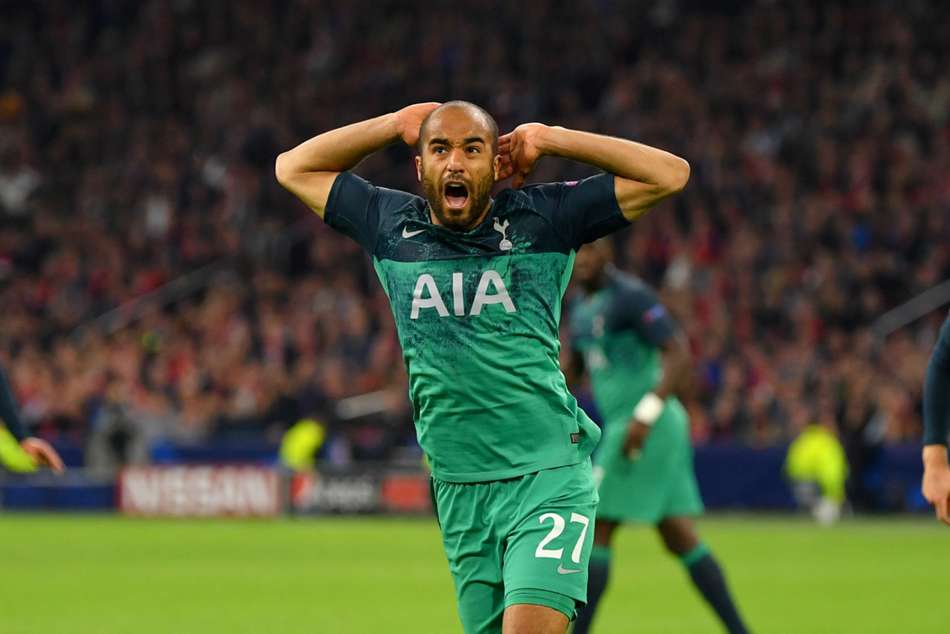 Here, with the help of Opta, we look at some of the key stats behind Tottenham's remarkable win.

2 – They became just the second team in Champions League history to reach the final after losing the first leg of a semi at home, joining Ajax (1995-96 against Panathinaikos).

3 – June's final will be the third major European decider featuring two English teams, after the 1972 UEFA Cup final between Spurs and Wolves and the 2008 Champions League decider between Manchester United and Chelsea.

5 – Lucas became the fifth player to score a Champions League semi-final hat-trick and first since Ronaldo for Real Madrid against Atletico in May 2017.

Hat-trick in the @ChampionsLeague semi-final?

7 – English teams have come from two or more goals behind to win on seven occasions in Champions League history, four more than clubs of any other nation.

8 – Spurs will be the eighth different English team to feature in a European Cup or Champions League final.

55 – Ajax star Dusan Tadic has been involved in 55 goals in 54 games in all competitions this season.

0 – Ajax have won none of their past eight home Champions League knockout matches, a run stretching back to 1996.