Mumbai, July 30: One of Odisha's brightest young talents who has been shining for the Indian Junior Women's Hockey Team, Midfielder Mariana Kujur says she idolizes her fellow Odia stalwarts Lilima Minz and Namita Toppo and has always looked up to them since her initial days in hockey.

Speaking from her Railways' office in Mumbai, the 21-year-old spoke about her fondness for the two senior pros. "When I had begun my hockey career at the Panposh Sports Hostel, both Lilima di and Namita di were in their early years with the national side, and I would just be so happy to see them train at our academy whenever they would come home from national duty. They have been inspirational in my career and I've also been very fortunate that they have been there to guide me along the way. When I see the journey that they have made, I feel really excited and confident because that means I can do such things as well," said Mariana.

The young Midfielder hails from a small village of Timna, which lies in the Sundargarh district, a hockey hotbed of the country. Growing up, Mariana was always inclined towards the sport because of the hockey culture in her locality. 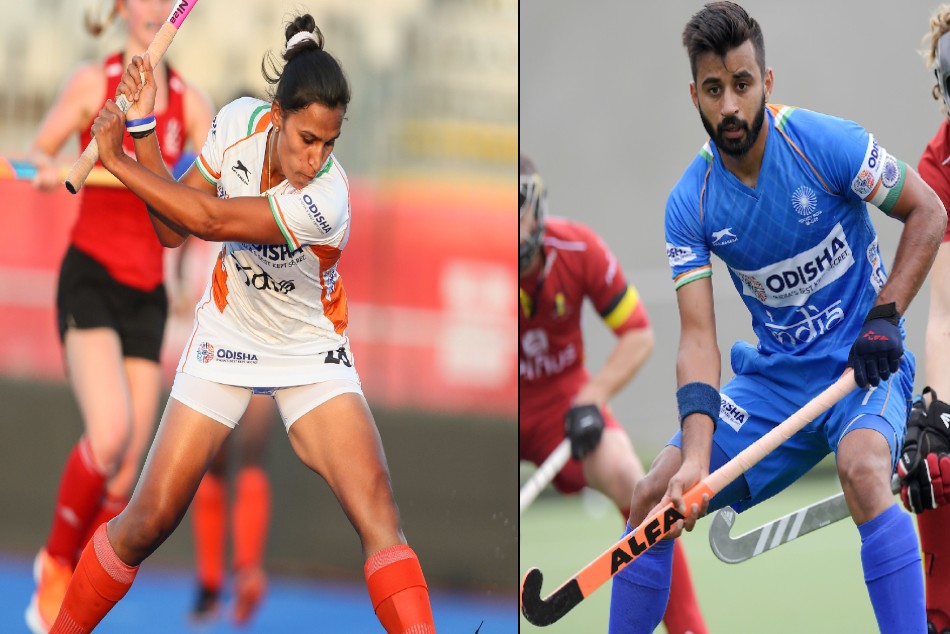 Reminiscing her early days, Mariana said, "I come from an area where hockey is played in every village with the use of whichever piece of wood we can find. I was fortunate to have my elder brother who was always very passionate about the sport, and I would end up playing with him and my friends in my village. It was in 2010 at the age of 11 when I finally gave trials and got selected for the Panposh hostel. It was at the academy that I realized my true potential, and here I am targeting a place in the Indian Women's Hockey Team in the future," said the 21-year-old who was part of the Indian Junior Women's Team which won the Silver Medal at the 6-Nations Invitational Tournament 2018 in Belgium.

With both her parents' occupation being farming in her native village, Mariana says it her dream to make them see her on TV one day. "When there is live hockey on television, my parents are often asking me why I am not playing at the Kalinga Stadium like our Senior teams do. They do not realise that I am in the Junior team, but it is my dream to make them very proud, and for them, that would happen if they are able to see me on television," expressed the youngster.

Having established herself at the Junior level, Mariana says her eventual dream is to play at the Olympics but wants to also become the best Midfielder in the world. "I am a Midfielder and it gives me huge joy to be able to play my part both in attack and defence. My overall aim, like any other hockey player, is to make it to the Olympics and win medals for my country. But I also think about being the best Midfielder in the world. I have so many great players to watch in our Senior team, and I believe if I can pick up the good qualities of all of those players, I can become a complete player, and help my team also become the best in the world," said the assertive Midfielder.