New Delhi, May 17: Three years after being crowned the national champion at home, India's star boxer Shiva Thapa aims to make his homecoming special by picking up the 60kg gold as the second edition of the India Open kicks off at the Karmabir Nabin Chandra Bordoloi Indoor Stadium in Guwahati, Assam from May 20.

Having suffered an upset loss in the semi-finals in the first edition of the India Open at New Delhi last year, the 2015 World Championships bronze medallist is determined to make amends this time. 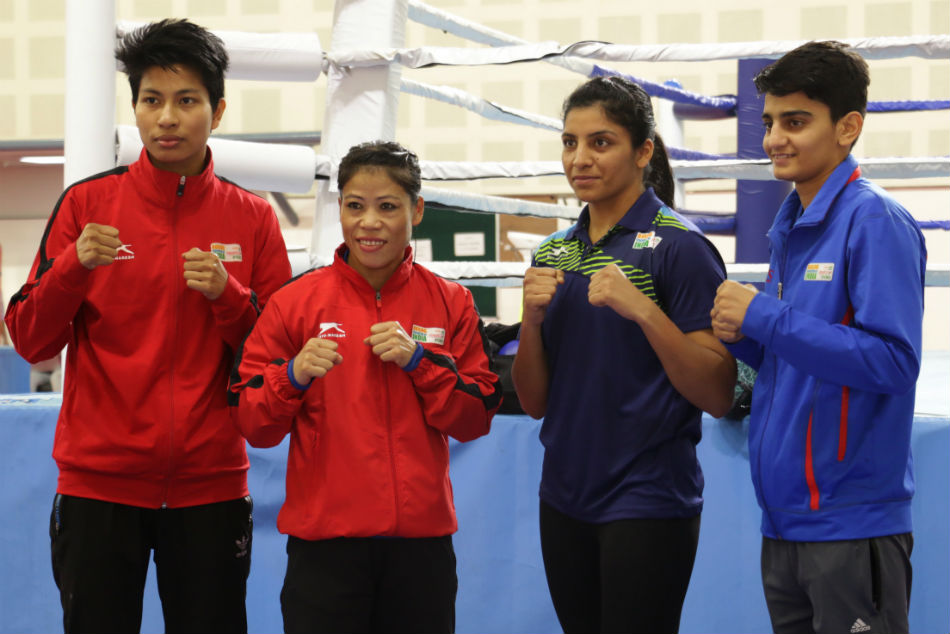 Armed with a silver medal from the GeeBee Boxing Tournament and a bronze medal from the Asian Championships this year, the 25-year-old once again looks sharp and agile and is hungry to prove himself.

"Yes, there are a lot of expectations from me for the gold," said Thapa. "I recently got a bronze medal from the Asian Championships and that tells me that the gold is not far off. I am hungry to change the colour of the medal which is what I think every boxer would want to. And it will be all the more sweet if it comes at home in front of my own people," added Thapa, oozing confidence.

The Guwahati pugilist, who created history in Bangkok when he became the first Indian to win a medal in four consecutive editions of the continental event, is now leaving no stone unturned, especially with the World Championships, which is an Olympic qualifier, coming up.

Thapa is among 6 Assamese boxers who will vie for the title at the upcoming India Open. Getting a chance to perform in front of his city people gives the former Asian champion an extra impetus to do well. Acknowledging the tremendous support he gets every time he plays at home, Thapa praised the amazing sports environment in Guwahati.

"I am very excited to get a chance to play in my hometown," said Thapa. "There is an amazing sports environment in the city and people enthusiastically keep supporting the homegrown players. I am sure there will be a lot of people who would want to be a spectator of this mega event and be a part of it," he hoped.

Shiva also expressed optimism that organizing such high-profile events in Assam will help to churn out more talent from the North-East which is a powerhouse of boxing talent and has already contributed immensely to India's medal tally at major competitions.

"Getting a chance to inspire youngsters is a major source of motivation for us. When we first began at the Sub-junior level, we used to get inspired by watching our seniors and how they used to play.

"Same way, if we too can motivate more youngsters to join our sport, it's really a blessing for us. Definitely the North-east is a powerhouse of talent. If such major tournaments keep happening in the North-east, there will be a lot many youths and youngsters who will come up and take up sports as a profession," explained Thapa.