Tokyo 2020: Full list of Indian athletes to have qualified for Olympic Games 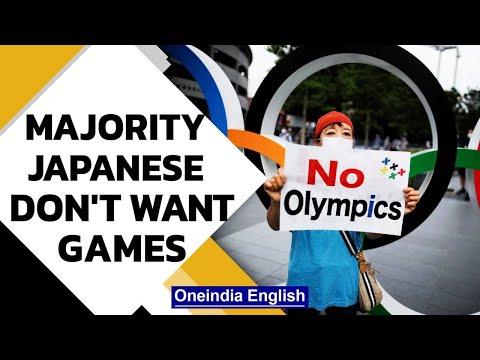 Here's the list of Indian athletes who will be participating in the Games:

Fouaad Mirza secured an Olympic quota and the only Indian. Mirza finished as the top-ranked rider in Group G for South East Asia, Oceania in the individual eventing category in the qualifiers.

C.A. Bhavani Devi qualified through the Adjusted Official Ranking (AOR) Method to become the first Indian fencer to qualify for the Olympics.

Both men's and women's hockey teams have qualified for the Olympics after winning their qualifying games.

Anirban Lahiri booked a ticket to his second Olympic Games by getting the last available spot in the final Tokyo Games Rankings for men.

Female golfer Aditi Ashok - who is also set to make it to her second Olympics - qualified after she finished 45th on the qualifying list.

Golfer Udayan Mane booked his maiden Olympic berth and became the second Indian male golfer after Lahiri. The 30-year-old Mane who is currently the second-highest ranked Indian in the world made the cut based on the reallocation list after Argentina's Emiliano Grillo announced his withdrawal.

Pranati Nayak became the second Indian to qualify in gymnastics from India after she qualified through the Asian quota for artistic gymnastics.

India's Sushila Devi Likmabam booked the Olympic berth in the women's extra-lightweight (48kg) division. She qualified as the highest-ranked Asian judoka outside the top 18 on the Olympic Game Quota (OGQ) rankings list.

Arjun Jat and Arvind Singh qualified in the men's lightweight double sculls event at the Asian qualifiers in Tokyo.

Nethra Kumanan became the first Indian woman sailor to qualify for the Olympics in April. She will compete in the Laser Radial class.

This will be the first instance when Indian sailors will be competing in more than one event in Olympics.

India has secured 15 quota places in the shooting.

India is also assured of one berth each at the mixed team air pistol and mixed team air rifle events through individual quotas in the respective categories.

Sajan Prakash achieved a direct qualification by clocking 1:56:38 seconds in the men's 200m butterfly event at the Sette Colli Trophy in Rome and became the first Indian to achieve the 'A' standard.

Srihari Nataraj made it two direct qualifications by securing the 'A' cut in the 100m backstroke.

Maana Patel has been nominated for the universality place on the women's side and became the first female swimmer from India to make the cut.

G Sathiyan and Sutirtha Mukherjee made the cut by winning at the Asian qualifiers, while paddlers Sharath Kamal and Manika Batra booked their place based on world rankings.

Sania Mirza made the cut based on her injury-protected ranking of No. 9. As per the rule, the Hyderabadi tennis star can make the doubles draw with a partner ranked in the top-300. Ankita Raina has been chosen as Mirza's doubles partner.

Seven wrestlers (four women, three men) have booked their place through qualifiers and will have a few medal prospects in the event.

World No. 2 Mirabai Chanu will be India's only representative in the sport at Tokyo Olympics.