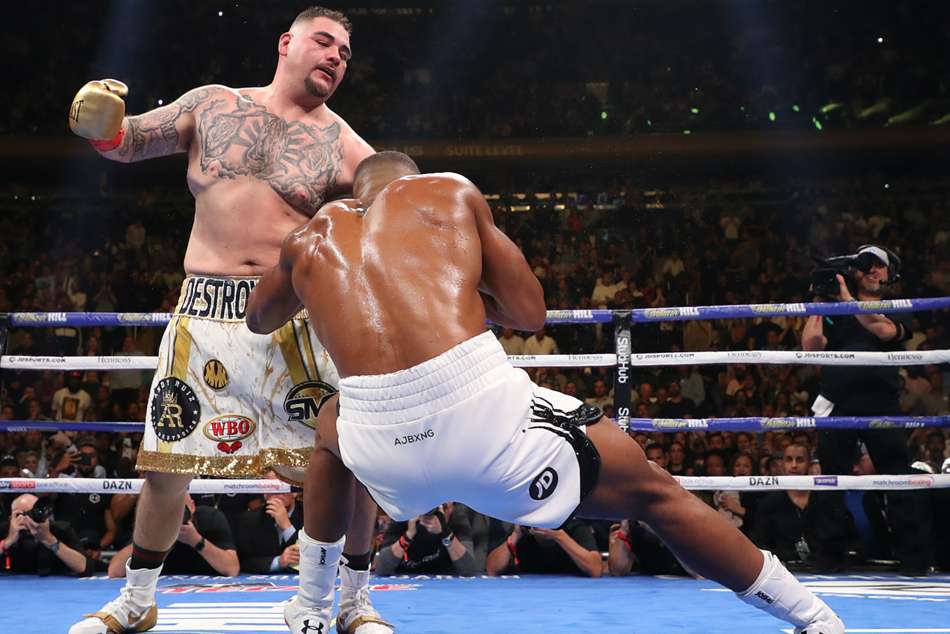 stopped in the seventh round by Ruiz

The Brit is set to get the opportunity to reclaim his IBF, WBA and WBO heavyweight titles in a rematch with Ruiz, but Fury thinks his compatriot's best days are behind him.

"When a man doesn't want to be there once, he will always do it and it's hard to come back from," the former heavyweight champion, who will face Tom Schwarz in Las Vegas on Saturday, told BBC Sport.

"He did it that night and I don't think he will come back from it. Finished.

"Ask any top trainer who has been around the sport a lifetime. When he got to the ring I saw he didn't want to be there.

"Everybody thought that man could beat me. In what world could he ever beat me? What were people seeing? I don't know what people were looking at as I don't know in what world he could have beaten me."

Fury added: "Physically Joshua could out-train everyone. He would break every heart monitor, has probably worn out every treadmill in the gym, smashes the bag, it's all very unimportant.

"Boxing isn't rocket science and today people are trying to make it a scientist thing. If you can fight, you can fight, if you can't, you can forget about it. You can eat every protein bar in the world, when you get banged on the chin and panic, it don't really help you much.

"People who don't understand boxing look at a fat man and think he can't fight. The best feeling I got from it was the two best conditioned fighters in the last 20 years have been [Wladimir] Klitschko and Joshua and they both got done by two fat men."