Mumbai, May 13: Defending champions Chennai Super Kings were knocked out of the IPL 2022 after the MS Dhoni-led side suffered a humiliating 5-wicket defeat against Mumbai Indians on Thursday (May 12).

Before the start of this game, CSK suffered a major setback when their star all-rounder Ravindra Jadeja was ruled out of the tournament due to injury. However, things aren't looking as simple between the two parties as it seems after the reports of a possible rift between Jadeja and CSK emerged.

Rumours have it that CSK and Jadeja have unfollowed each other in what could be understood as a possible fallout between the two after the mid-season leadership change. Jadeja was appointed the captain of the side ahead of the season but the result wasn't as expected. 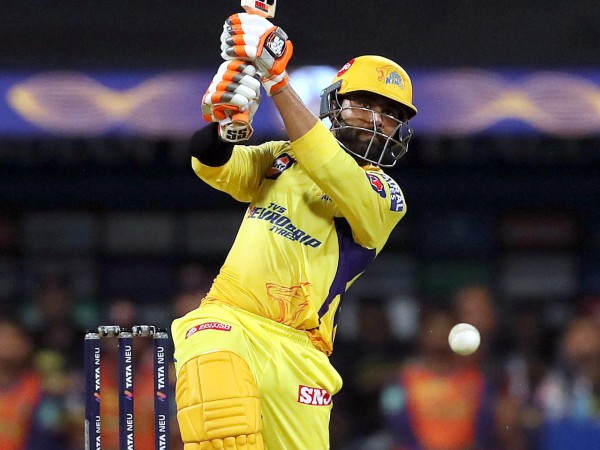 Former India batsman Aakash Chopra and former England captain Michael Vaughan believe the development means an end to a decade-long association between Jadeja and his franchise.

A CSK statement announced on Wednesday said, "Ravindra Jadeja reported a bruised rib and was unavailable for Chennai Super Kings' game against Delhi Capitals on Sunday. He was under observation and based on medical advice he has been ruled out for the rest of the IPL season."

Speaking on Cricbuzz, Vaughan said, "I don't know what his injury is. I don't know how much he has been affected by the captaincy. I'm not too sure how much he's been affected by bubble life. You got to remember that these players have been in a bubble and for some players, it's just driving them mad. They just can't cope with the bubble, being restricted."

"There has to be a question mark over Jadeja's position in Chennai going forward. If he has had a bit of a fallout because of the captaincy, whether he is injured, we'll have to wait and see what that is. But there has to be a question mark whether it might be coming to... kind of the end... Jadeja at Chennai. Things come to an end. Sometimes, a change might be good for both the player and franchise."

Citing the example of Suresh Raina, Chopra said the franchise in the past severed ties with players abruptly in the past as well and the recent developments hint at the end of Jadeja-CSK partnership.

Speaking on his YouTube channel, Chopra said, "For Chennai, I had said that Jadeja won't play the match and I have a feeling he might not be there next year too. This happens a lot in the CSK camp that there is no clarity on injuries and then a player doesn't play. I remember it was in 2021 that Suresh Raina played till a point and after that things came to an end, That's it, TATA.

"So, I don't know what is the case with Jaddu (Jadeja), but his absence will be a problem for CSK," Chopra said.