New Delhi, June 22: The Indian Cricket Team will lock horns with England in the remaining one-off Test starting July 1. Having a lead of 2-1 in the five-match series, the visitors will be looking to create history and immortalise their names in record books and become only the fourth side to win a series in England. 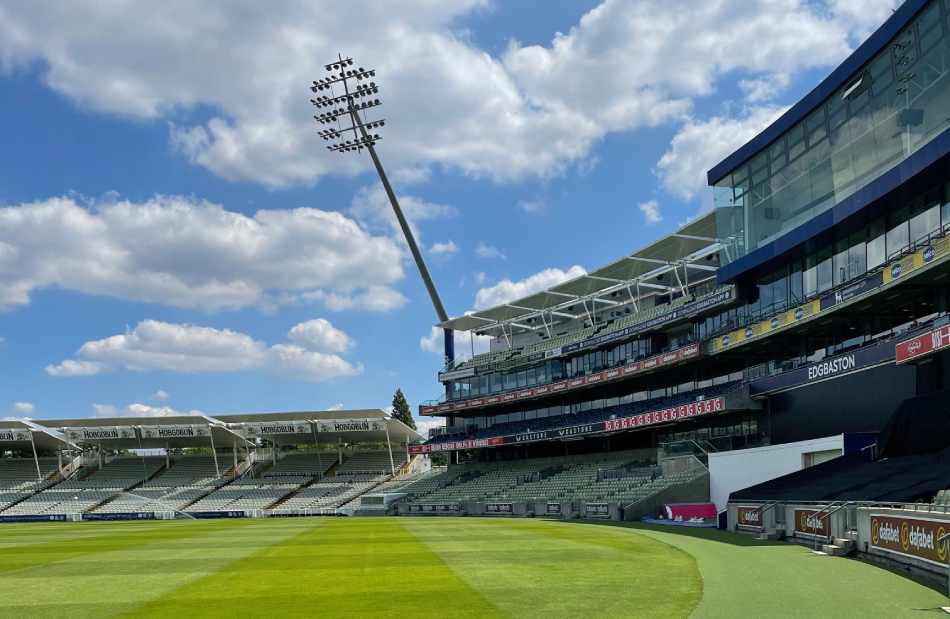 In 2021, Team India started the series - which is part of the ICC World Test Championships 2021-23 - under the leadership of Virat Kohli but it will culminate under Rohit Sharma's captaincy. Similarly, for England, Ben Stokes has succeeded Joe Root as the new Test captain.

Both the teams are also under the wings of a new coach. Former India captain and legendary batter Dravid - under whose captaincy India won the Test series in England is now the head coach of India. While legendary New Zealand cricketer Brendon McCullum is the new coach of the English side.

Let us take a look at how the series between India and England panned out before it was postponed due to a COVID-19 outbreak.

The opening game of the five-Test series between India and England was played in Nottingham. Team India started it on a positive note by restricting England to 183 in the first innings, courtesy of impressive bowling from pacers.

The visitors scored 278 in response, thanks to a solid opening stand between Rohit Sharma (36) and KL Rahul (84).

Ravindra Jadeja's 56 down the order as Ollie Robinson picked up a five-for. The hosts replied strongly with the bat in the second innings and scored 303, as captain Root slammed an impressive 109 while Jasprit Bumrah picked up 5/64.

Virat Kohli-led side required 209 to chase and posted 52/1 at the close of play on day four but the final day's play was washed out and the game ended in a draw.

Player of the match: Joe Root

Virat Kohli and his band took a significant lead in the series by registering an emphatic win by 151 runs. KL Rahul put his name on the Lord's honours board with a brilliant century and helped the visitors to post 364.

James Anderson returned with 5/62 in the first innings. In response, the hosts posted 391, courtesy of a second consecutive century from their in-form skipper.

Root posted a massive 180 while Jonny Bairstow scored 57 even as Indian pacers restricted them from posting a big total.

In the second innings, India declared at 298/8 setting a target of 272 runs for England to chase but the hosts were bundled out for 120. Mohammed Siraj (4/32) and Jasprit Bumrah (3/33) along with Mohammed Shami and Ishant Sharma, who picked up the remaining wickets to guide their side to a famous win.

Player of the match: KL Rahul

The hosts came back strongly in the next game and defeated the touring side by an innings and 76 runs to level the series at Leeds. After their quicks bundled the Indians to a paltry 78 in the first innings, the openers laid a foundation for a big total for their team.

The English top-order made most of the good start and posted 432 in response. Root - who slammed his third century of the series with his 121 - once again did the heavy lifting with the bat for his team.

Trailing by a massive 354, the Indians folded for a 278 and lost the game. Rohit Sharma (59), Cheteshwar Pujara (91), and Virat Kohli (55) slammed half-centuries but that wasn't enough for the visitors.

Ollie Robinson was the star for England with the ball as the right-arm seamer returned with 5/65 in the third innings.

Player of the match: Ollie Robinson

Having been pushed to the wall, the Indians once again came back strongly in the fourth Test and registered an emphatic victory at The Oval. Riding over Rohit Sharma's maiden Test century overseas, the visitors won the match by 157 runs and took an unassailable 2-1 lead in the five-Test series.

In the first innings, half-centuries from captain Kohli and Shardul Thakur took India to 191 as English bowlers ran through the visitors' batting line-up. The hosts took a lead of 99 runs before getting all out for 290. Ollie Pope (81) and Chris Woakes (50) did well with the bat for England.

The Indian batters responded strongly in the next innings as Rohit slammed a ton and with vital contributions from the rest of the top-order batters the visitors posted 466.

Chasing a massive 368 in the final innings, the hosts had a strong start as openers Rory Burns (50) and Haseeb Hameed (63) scored fifties and shared a stand of exactly 100. But the flood gates were opened once English openers departed and they were folded for 210. India thus won the game by 157 runs and went 2-1 up in the series.

Player of the match: Rohit Sharma