India vs Australia: Will be in World Cup squad if I can make opportunities count like this one: Glenn Maxwell

Visakhapatnam, February 25: Glenn Maxwell is still not sure if he would be in Australia's World Cup bound squad but a few more innings like the half-century in a winning cause against India in the first T20 international will certainly bolster his case. 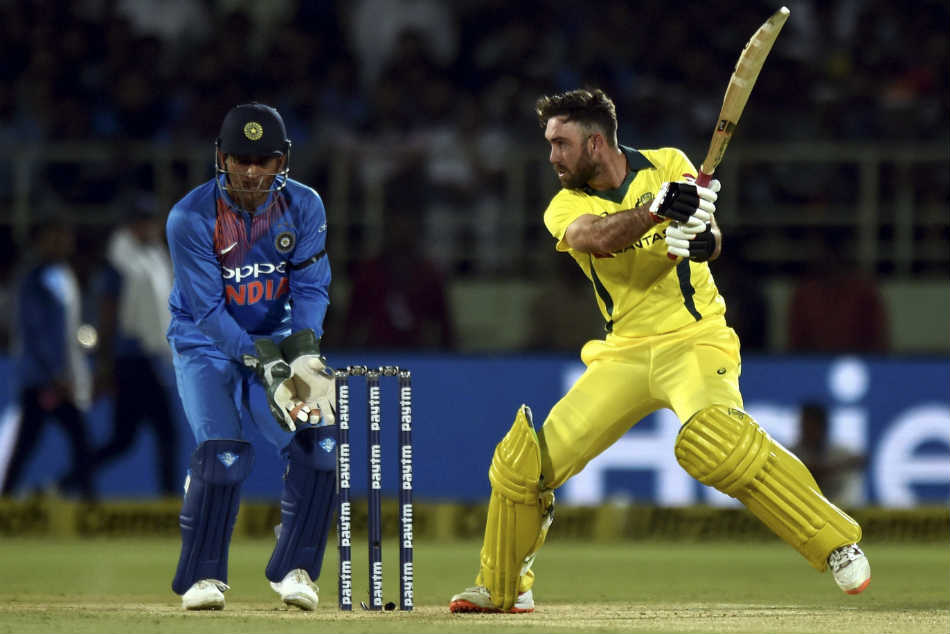 Maxwell, Coulter-Nile shine as Aussies scrape home in first T20I | As it happened | It was difficult track even for a player like Dhoni: Maxwell defends MSD | Bumrah says death bowling is always difficult | Australia series will provide good preparation for World Cup: Vengsarkar

'It just comes down to opportunities'

Maxwell scored 56 off 43 balls in Australia's three-wicket win off the last ball but is far from being guaranteed a place in the 15-member squad.

"I have no idea if I am going to be in that World Cup squad or what number I'm going to bat, so I suppose it just comes down to opportunity -- if I can keep making most of opportunities like tonight," Maxwell said at the post-match press conference.

Important to close in a few more matches: Maxwell

However he agreed that he would have to not just contribute but also close in a few more matches. "If I can turn those sort of innings into not-out, 75-ish, and be consistent that way, I think I can probably go a long way in pencilling my name for the World Cup and hopefully continue that job for the rest of this year," Maxwell said.

The touring Australian teams over the years have struggled when it came to tight finishes and that's precisely the reason why the last-ball victory in the first T20 International will help them build momentum, feels Glenn Maxwell.

'Would've lost if it wasn't for Cummins, Richardson'

Maxwell was a key contributor in Australia's last-ball win with a 43-ball-56 but it was the pace bowling pair of Jhye Richardson and Pat Cummins, who won the match for Australia taking 14 off Umesh Yadav's final over.

"A lot of times when you come over here and you get into these close games and you lose them so often. The home crowd can get behind the team and you can lose. It can just put your momentum back," Maxwell said at the post-match news conference.

"Probably, we got ourselves into trouble by the last over. Probably, we should have lost if it wasn't for Cummins and Richardson. It was outstanding. It can just bring the whole group together," Maxwell said.

From being 89 for 2 inside 14 overs, Maxwell's dismissal triggered a collapse and India pacer Jasprit Bumrah almost made it out of their reach in a sizzling penultimate over. Bumrah removed Peter Handscomb and then yorked Nathan Coulter-Nile in the next ball, in an over he conceded just two runs.

"I did mention to Finchy (skipper Aaron Finch) that if anyone can, it would Pat Cummins. For him to keep a cool head, hit a gap on the off-side against a guy (Umesh Yadav) who hit three of the six yorkers, it was just good batting," he said showering praise on Cummins.

Maxwell rued that he could have finished the game and said he still have a lot of work to do to secure a ticket to the World Cup-bound squad, the deadline for which is two months' away. "It would have been nice to finish it off, but I chose that Chahal (over) as my time to go tonight and I still back that as the right decision."