Birmingham, June 26: The Indian cricket team suffered a massive setback in its preparations for the upcoming one-off fifth Test against England as their captain Rohit Sharma tested positive for COVID-19 and was placed in isolation.

Rohit - who is with the side to play the warm-up match against Leicestershire County Cricket Club at Grace Road - took a Rapid Antigen Test (RAT) which came positive. The Mumbaikar - who is on his first tour of England as full-time captain - has been placed in isolation, the BCCI said.

The 35-year-old is expected to open the innings alongside Shubman Gill in the Test match and his participation would now depend on the result of his RT-PCR test and recovery. The matches are not played under a bio-bubble in the UK now. India too hosted South Africa recently without a bio-bubble. 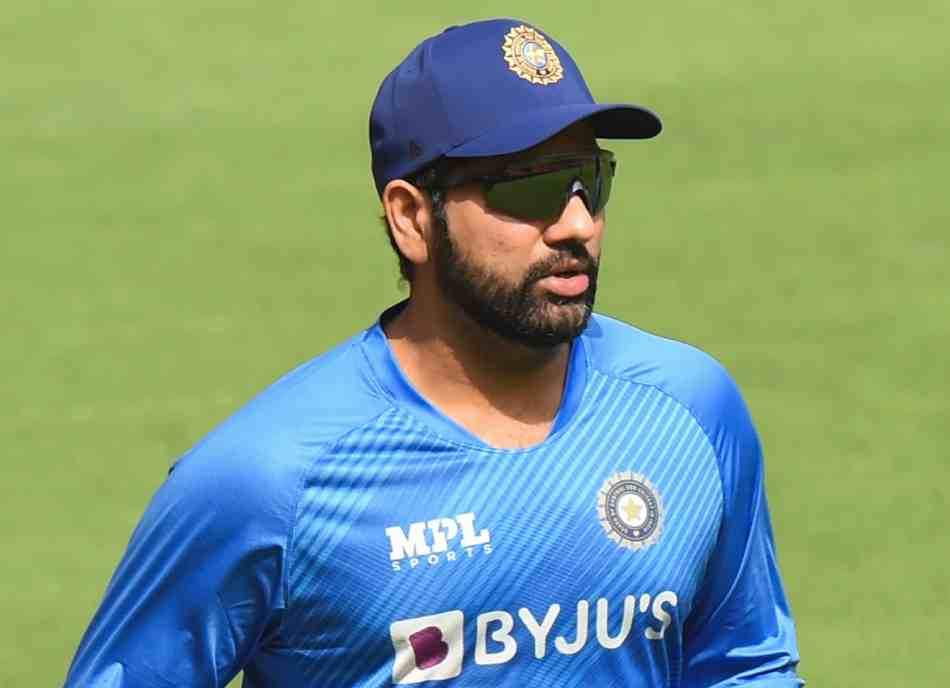 Rohit Sharma tests positive for Covid-19, in isolation; doubtful for July 1 Test against England at Edgbaston

"He is currently in isolation at the team hotel and is under the care of the BCCI Medical Team. An RT-PCR test will be conducted on Sunday to ascertain his CT value," the release added.

Rohit had batted on the first day of the ongoing warm-up game against Leicestershire but didn't take the field on the second day. He did not bat in the second Indian innings. KS Bharat - who made 70* in the first innings against LCCC - opened the innings with Shubman Gill in the second innings for the visitors.

The Mumbaikar is expected to open the innings alongside Gill in the remaining fifth Test match and his participation would now depend on the result of his RT-PCR test and recovery.

Senior India off-spinner Ravichandran Ashwin had also joined the squad in Leicester earlier this week after recovering from COVID-19. The Tamil Nadu cricketer had tested positive for the pandemic before the team left for the UK and stayed in isolation.

The tweaker arrived in England on June 23 but did not participate in the four-day tour game.

If Rohit Sharma remains in six-day isolation, the team management will be forced to go with a different captain for the Test match, starting July 1.

Pacer Jasprit Bumrah - who has been appointed the vice-captain of the Test side - will be leading the national side in Rohit's absence.

Bumrah will thus become the first pacer in 35 years to lead India in a Test match after legendary all-rounder Kapil Dev.

Bumrah has been the leader of India's pace attack across all formats and he might just get to captain the entire side in Edgbaston Test.

India wicketkeeper-batsman Rishabh Pant is also a contender to lead the national side in the remaining fifth Test match against England.

If the team management feels giving the extra responsibility of leading the side in an all-important Test match could affect Bumrah's performance, they might go with 24-year-old Rishabh Pant.

Pant recently captained India's T20I side against South Africa at home and despite going 0-2 down in the five-match series, he came back strongly as a skipper to level the series 2-2. Team India won back-to-back matches to take the series to the deciding fifth match which was abandoned due to rain.

Team management might give the youngster a chance to lead in the red-ball format too as it continues to explore long-term captaincy options in the future.