India vs New Zealand: Own flaws, Jamieson keep India on back foot 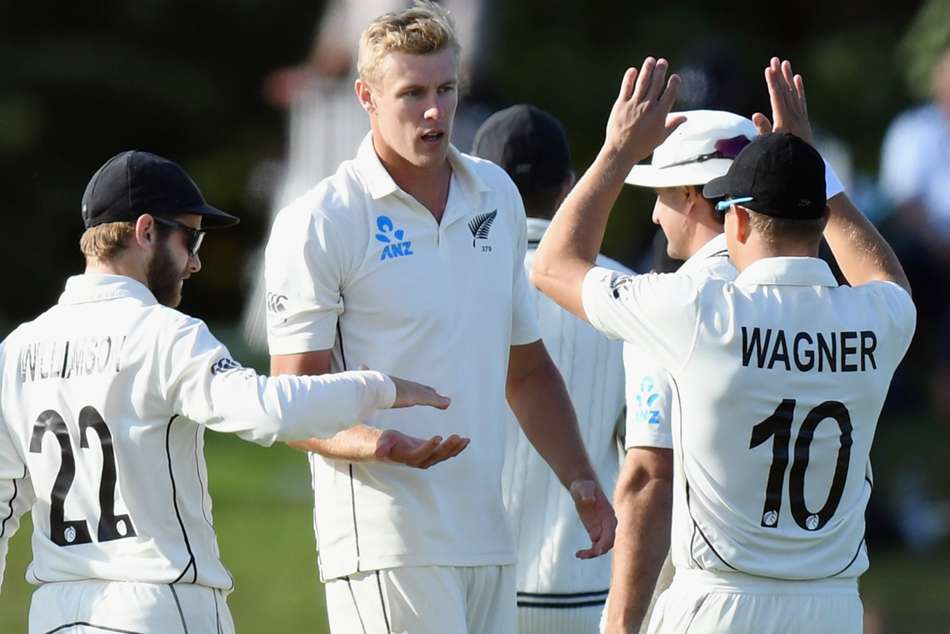 There was marked improvement in their technique, mindset and intent. But still New Zealand ended up right on top of India after Day 1’s play here on Saturday (February 29). For all those aforementioned positives, India have only 242 to show in their first dig and the Kiwis reached 63 for no loss, 179 runs in arrears.

So, where did India go wrong? Or was it more a case of New Zealand being exceptional?

Vihari, who was given a reprieve on 9 by BJ Watling behind the stumps, looked the most comfortable Indian batsman out there and he certainly seemed to have a measure of the pitch, its pace and bounce. At one time, he gave space to himself while backing away and carved Neil Wagner over cover for four to third-man fence. The shot brought his fifty and also indicated his growing confidence.

But Vihari failed to continue. With two balls remaining for tea, he gloved Wagner down the leg to Watling. “The pitch didn't do as much as people expected. But they bowled good areas and knew what to expect from this track. Prithvi set the tone at the start, Pujara being experienced spent time. All dismissals happened at the wrong time, be it Prithvi’s or mine or Pujara’s. We were all set and we got out at the wrong time. None of the dismissals were because of the pitch and mostly it was because of batsmen's error,” said Vihari in the post-match press conference.

And those errors were glaring too. Prithvi, who batted quite fluently as he found his feet moving unlike in Wellington, went for a flash outside the off-stump off five-wicket man Kyle Jamieson and gave a catch to Tom Latham at slips.

Pujara’s dismissal was a shocker. He played a pull off Jamieson when there was no room for that shot and managed just a skier to Watling. Rishabh Pant was insistent not to take two successive 'lives’ he got and dragged Jamieson on to his stumps. Vihari, whose dismissal sparked a spectacular 6 wickets for 48 runs collapse, admitted Jamieson indeed created trouble for Indian batsmen with his height and ability to procure bounce.

“He will get much more bounce than other bowlers and that extra bounce is a big factor on these kind of pitches like there where it is a little spongier than in India or in other countries. With that extra bounce, we need to be sure whether to play front foot or back foot, and leave deliveries well as well. With his height, the front foot balls become more dangerous than short of length or short balls. He bowled well and he got his first five-wicket haul, so deservingly he got those five wickets,” said Vihari.

Fifties by Prithvi, Pujara and Vihari earlier today took #TeamIndia to a 1st innings total of 242

So is there a way back from the debacle? Vihari thought so. “The scoreboard doesn't really reflect how we bowled today. I thought we bowled in great areas and there is some help from the wicket. You tend to find some help with new kookaburra ball. It might ease out later but as a bowling unit we will stick to our plans tomorrow. We will have some different plans according to the wicket and the batsman. We will stick to it and hopefully get a few breakthroughs early.

I think the pitch will get better, pace might improve on day 2 and it might help our bowlers also. We have bowlers who can bowl at 140, so with pace and bounce, we will have an advantage tomorrow,” he said.

In sports, optimism has a prime place.