With the first ODI being washed out due to rain and wet outfield in Guyana, Team India registered an emphatic win the second game that was played in Port of Spain. 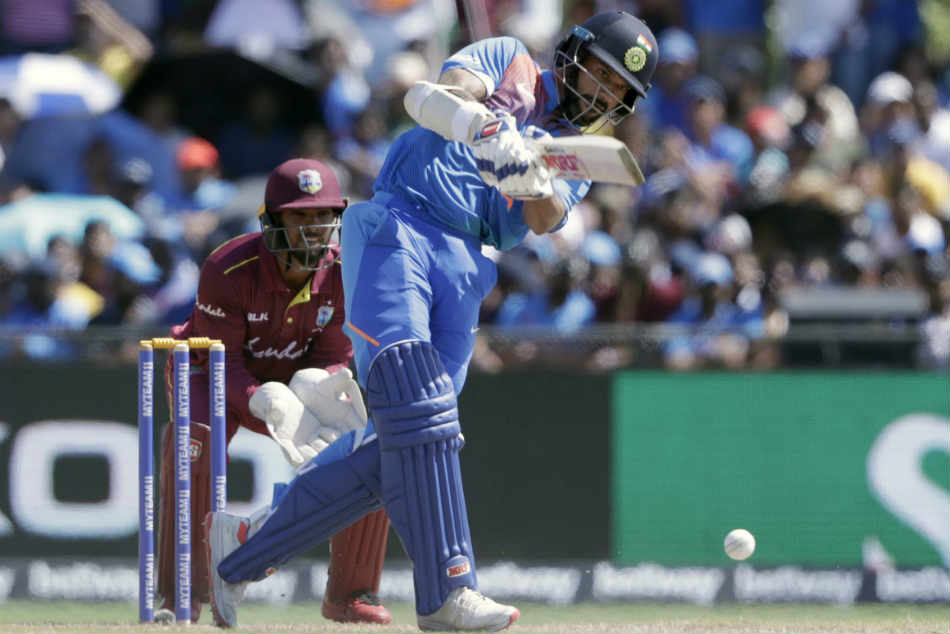 India captain Virat Kohli, young middle-order batsman Shreyas Iyer and pacer Bhuvneshwar Kumar shined in the second one-dayer as the Men In Blue went 1-0 up in the three-match series.

In the third and final encounter, Team India players would be aiming to continue the winning momentum to seal the series. However, there are a few personal milestones that Indian players could touch.

Rohit is just one century short from equalling the Sri Lankan great's record in the ODIs. If Rohit notches up a ton against West Indies in the third and deciding ODI, he will equal Jayasuriya's record of 28 ODI centuries.

Rohit has slammed 27 tons in the ODIs. He will surpass former South Africa batsman Hashim Amla's record of 27 ODI centuries.

Rohit smashed record five centuries in the ICC Cricket World Cup 2019 but hasn't found any touch against the Windies. He notched up a fifty in the second T20I but struggled in the second ODI, with the first ODI being washed out.

The chinaman from Uttar Pradesh has 96 wickets to his name in 53 ODIs and if he manages to claim a four-wicket haul in the third ODI then he will become the fastest Indian to 100 ODI wickets.

Kuldeep can beat pacer Mohammed Shami's record (56 matches) of being the fastest to 100 ODI wickets for India if he picks up these four wickets either in this match or in the next game.

It seemed the tweaker would claim the record during the ICC Cricket World Cup but a dull performance in England prevented him from touching the milestone. The left-arm wrist spinner picked up 6 wickets in 7 games in the WC.

Kohli has been India captain in 79 men's ODI games, he'll go clear of Rahul Dravid into 4th in the list of most ODI matches as India skipper on Wednesday when he goes out for the toss. He has the best win rate for any India ODI captain to play more than 10 games as skipper (74%).

The 30-year-old has posted eight ODI hundreds versus West Indies, a joint-high number he's recorded against a single opponent (Australia and Sri Lanka - also eight); five of those eight centuries have come in his last eight such knocks.

The Virat Kohli-Rohit Sharma duo needs just 27 runs to complete 1,000 partnership runs against West Indies. If the duo manages to get these 27 runs on Wednesday, then they will become the first pair to achieve the feat against the Caribbean side in ODIs.

I too was a victim of racism, says Chris Gayle
View Sample
For Quick Alerts
ALLOW NOTIFICATIONS
For Daily Alerts