Tendulkar expects Dhoni to control the game from one end now

New Delhi, January 16: Mahendra Singh Dhoni from now on will be more like a anchor, who would "control the game till the end", reckons legendary Sachin Tendulkar. 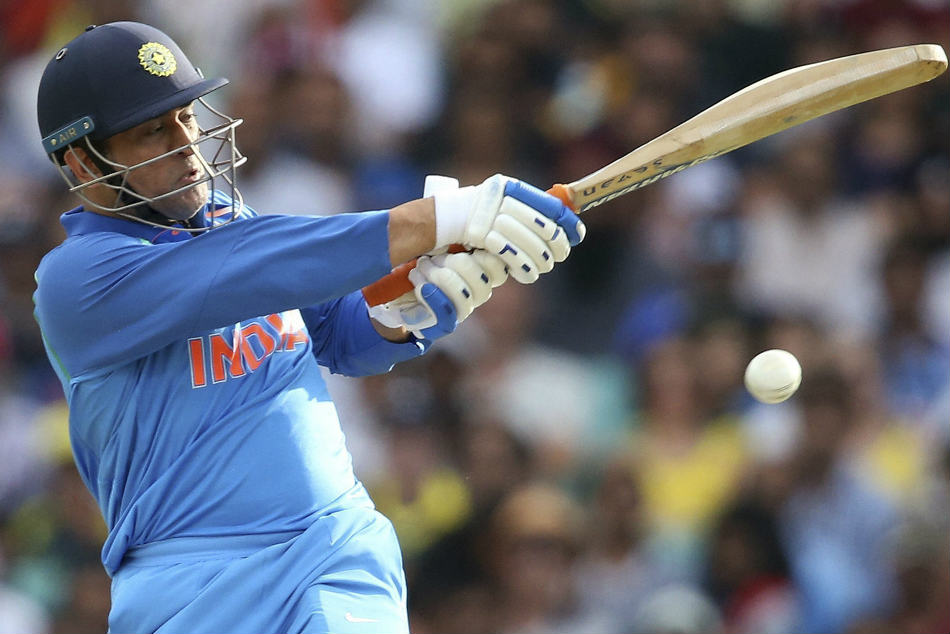 You cannot calculate Dhoni's value: Gavaskar | Dhoni knows how to play according to situation: Gillespie

Dhoni showed his much-acclaimed finishing prowess during the second ODI against Australia and Tendulkar attributed it to a change in his thought process. "Yesterday's (Tuesday) contribution was good. In the first match, I felt he was a little rusty, he was not being able to hit the ball where he wanted to and that can happen to anyone. He walked out in the second match thinking differently and from ball one, he looked a different player," Tendulkar said on his app 100MB.

He also praised Dinesh Karthik for his role as a "finisher" and complementing Dhoni's experience during final overs. "And yesterday along with Dhoni, I felt that Dinesh Karthik played rather well as he came and finished the game. It was a fantastic contribution from Dinesh also. Dhoni stayed till the end and his experience mattered."

With both Dhoni and Karthik performing, Tendulkar cited the practical difficulties in having Rishabh Pant in the World Cup bound side. "It's a nice thought (to have Pant in) but we have already got Dhoni and Karthik playing as a batter, we have two wicket-keepers, who have contributed in our success yesterday. They have had a crucial partnership which won us the match.

"So if you are looking to have Pant in the team that means you have to remove a proper batter or one bowler, and I don't think we can afford to remove a bowler. So if he replaces a proper batter who doesn't bowl, then it’s okay but if he is going to replace an all-rounder then that's going to cost us," Tendulkar opined.

No praise is enough for skipper Virat Kohli and the maestro felt that Indian captain's situational awareness is something that puts him in a different league. "Fantastic (innings). I was listening to his interview yesterday as to how he calculates and also there are patches in between where you have to take a bit of risk and press the accelerator harder, that's exactly what he has done.

"I have always maintained that he is an excellent reader of the game and as we call it, one has to have situational awareness. I think that awareness is very very high," he said.

He also praised vice-captain Rohit Sharma, who smashed a brilliant 133 in the first ODI and missed the half-century in the second game. "When it comes to playing big shots, very few players in world cricket come close to him (Rohit). His bat swing is incredible, such a smooth bat swing that he gets distance without any effort. Rohit in full swing makes batting look so easy," he said.

Tendulkar also urged fans to show patience with rookie pacers Mohammed Siraj and Khaleel Ahmed, both of whom struggled against the Australian batsmen. "It will be too harsh to judge them (Khaleel or Siraj) based on one game. I am very happy that bench strength is playing and understanding that if there are injuries then, these are the guys who will replace the seniors. So we better have them ready and give them exposure at the right time.

"So let's not put too much pressure on them so that they only think about not giving runs rather than thinking about winning matches for India. It's okay to have one or two bad games here and there. It's fine, it's normal. So I would just say that go out and support these guys," Tendulkar said.