Manchester, January 20: Manchester City bounced back from their first Premier League defeat of the season with little difficulty, as Sergio Aguero again tormented Newcastle United by scoring a perfect hat-trick in a 3-1 home win at the Etihad Stadium. 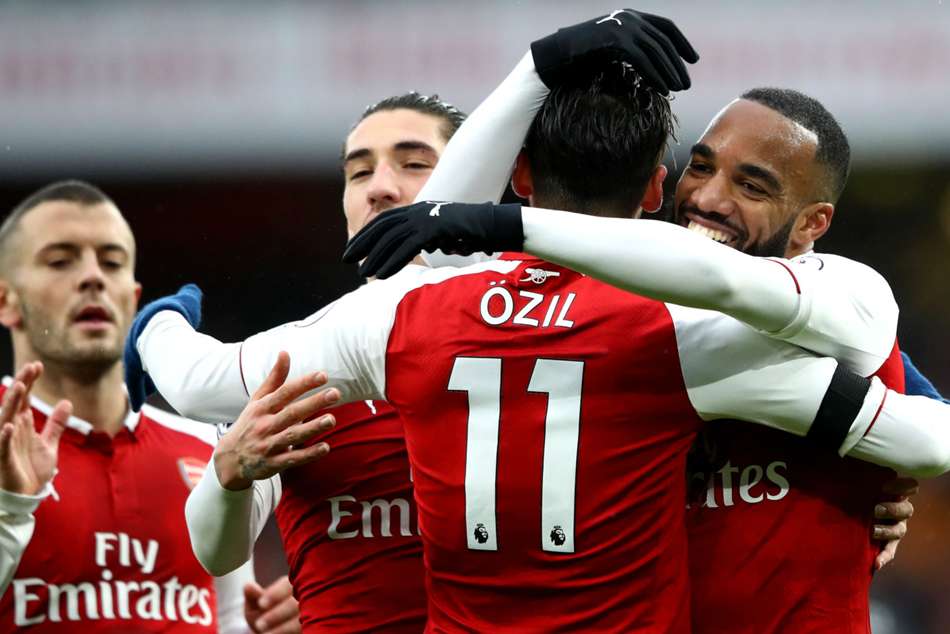 Liverpool beat City 4-3 at Anfield last time out, but the runaway leaders rarely looked in danger of dropping further points on Saturday, Aguero taking his tally of goals against Newcastle to a whopping 14.

In the first half, the visitors looked like a team whose only plan was to sit back and keep the game goalless for as long as possible.

They managed to hold City at bay for more than half an hour, before Pep Guardiola's side deservedly ended their resistance 11 minutes prior to the break, Aguero heading in a Kevin De Bruyne cross.

Aguero doubled his tally for the day from the penalty spot in the second half, but City became sloppy thereafter and Newcastle grabbed a goal back in style through Jacob Murphy.

Further chances fell to Newcastle as they threatened to pull off a shock comeback, yet Aguero killed off their hopes with a fine 83rd-minute finish after Leroy Sane's incredible solo run, ensuring City again opened up a 12-point lead at the top of the table.

3 - Sergio Aguero has scored the first perfect Premier League hat-trick since the Argentine himself scored one against Newcastle in October 2015. Deja-vu. pic.twitter.com/zs4I9Czy82