Bengaluru, April 20: Jack Wilshere looks set to leave Arsenal this summer as the midfielder is believed to have no plan on extending his contract which ends in June, according to reports.

The 26-year-old midfielder has played 195 times during his injury-plagued career with the Gunners since his debut in 2008 and now looks set to move on from his boyhood club at the end of the 2017/18 season.

Wilshere is out of contract in the summer and despite a new offer from Arsenal, the England midfielder is yet to agree to terms which has reportedly put a number of clubs on alert, who are preparing bids to lure the England international away from north London.

Newly promoted Wolves, along with Premier League sides West Ham, Everton and Liverpool have all reportedly enquired about the midfielder's availability.

While there is said to be interest from abroad also if Wilshere wanted to try his luck, with Juventus and AC Milan monitoring developments. And with interest from various sides, the English midfielder is now believed to be assessing all the offers before signing any deal.

Ahead of their match against West Ham this weekend, manager Arsene Wenger also confirmed his side have already tabled a new offer for the 26-year-old but revealed he doesn't know if the player will sign it or not.

However, Wenger says, with World Cup knocking at the door, the player who is likely to be in the 23 man England squad will decide his fate most likely ahead of the tournament and he is confident they can tie down the player for a prolonged period. 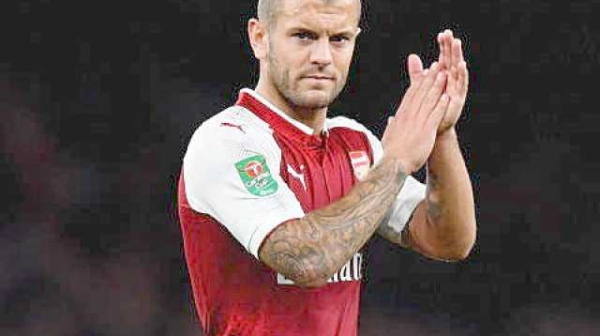 Wilshere will make contract decision before the World Cup - Wenger

"I cannot give you any news because I don’t know what’s really in his mind," Wenger said on Thursday.

"He has not signed, he has an offer, we want him to stay.

"He has an offer on a long-term contract. I hope, at some stage, he’ll sign it.

"I am always confident. You want the players to stay and be paid well and I think everyone would agree we pay our players well.

"He has the freedom to make that decision. He knows that I want him to stay. I think he will make the decision before the end of the season.

"He will not want to go to the World Cup and not have settled his situation."

Arsenal's latest offer for Wilshere is believed to be a £80,000-a-week which is lower than his current £110,000-per-week deal, but would be heavily incentivised, using a bonus structure based on appearances and achievements.

Wilshere earlier made it clear that his most preferred option is to stay at his boyhood club, but with such terms involved, the player has apparently stalled the deal for a further period to assess his options.

The 26-year-old has impressed in his 37 appearances for the club so far this campaign and has scored twice and assisted five following an injury-hit past few seasons.