London, January 10: Harry Kane is not expected to return to training until April in a huge blow to both Tottenham and England.

The Spurs striker suffered a ruptured tendon in his left hamstring in the Premier League defeat to Southampton this month, and the club confirmed on Thursday (January 9) he would undergo surgery.

The latest estimate for Kane's lay-off should concern Tottenham fans, with the team sixth and six points off a Champions League place, while England manager Gareth Southgate will also be worried as Euro 2020 approaches. 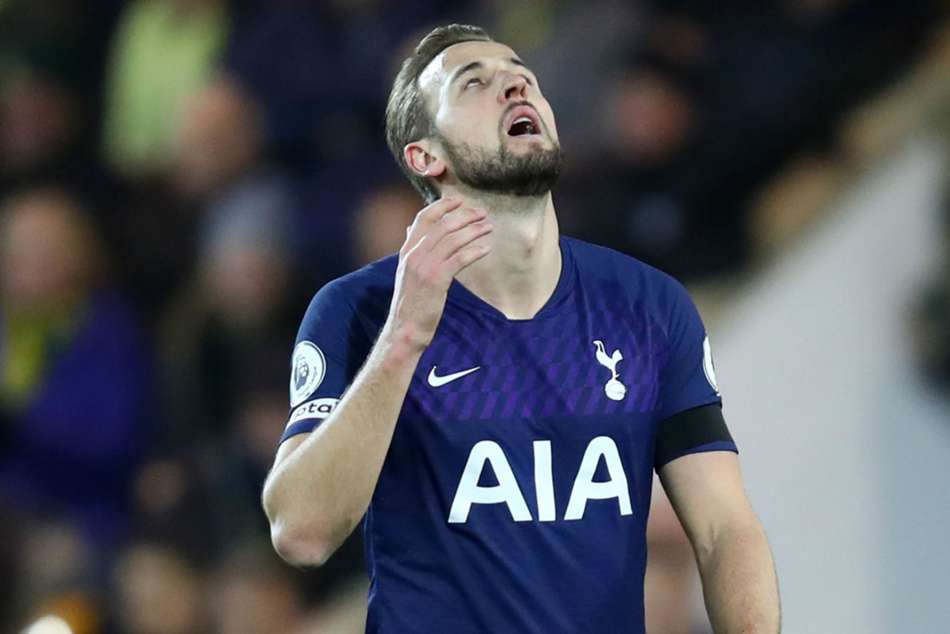 So, will Spurs stick or twist in the transfer market? And does Southgate have an alternative to his talismanic captain?

SON TO THE FORE AT SPURS?

Jose Mourinho had insisted prior to this injury he had little interest in January business. While that must surely change with this news, Tottenham have rarely been willing to spend big in recent seasons.

Might their new head coach instead tinker with his existing options, then? Son Heung-min would appear the obvious candidate to take on Kane's striking role.

The winger started up front at Middlesbrough in the FA Cup on Sunday and deputised well for Kane for a stretch last season, prompting suggestions the South Korea star might play better without his most lethal attacking team-mate.

Lucas Moura, who also led the line in Kane's absence last season, and Dele Alli are options to join Son in attack, while Troy Parrott – 17 years old with just two senior appearances to his name – would hope to be handed a more prominent role.

Spurs finally looked to have suitable cover for Kane in the form of Fernando Llorente last season, only for the veteran to depart for Napoli on a free at the end of the campaign.

Now, Tottenham are not the only English side searching for goals in the mid-season transfer window, with Newcastle United, Aston Villa and Crystal Palace all short in that department, but Mourinho's men should have the profile to blow those rivals out of the water.

One man linked with Spurs, Newcastle and Villa in recent days is Krzysztof Piatek, the Milan striker now at risk of slipping to the fringes of the Rossoneri first team following Zlatan Ibrahimovic's return to San Siro.

Piatek was one of Europe's form strikers last season and, while his goals tally is far more modest this term – he only has four in 18 appearances in Serie A – Tottenham may have little choice but to take a risk. Milan reportedly want £30million rather than a loan.

Kane was the leading scorer in Euros qualifying with 12 goals and had been set to star for England in a finals tournament that will feature seven matches, including the semi-finals and final, on home soil at Wembley.

But perhaps Southgate is better equipped than Mourinho to deal with the absence of his key striker, with four of the Premier League's top five marksmen this term eligible for England.

Leading the way with 17 goals is Jamie Vardy, who has not featured for his country since the 2018 World Cup, citing in part his reduced role behind Kane in the pecking order as he stepped away from international football.

Yet with Kane facing a race against time to be fit for the finals, Vardy might now find himself a prominent figure if he could be tempted back into the squad.

FIVE YEARS ON, ANOTHER INGS CAP?

England are not short of options, as the Golden Boot race suggests, with Tammy Abraham in top form and both Marcus Rashford and Raheem Sterling capable of playing through the middle.

But Danny Ings will surely see this as his opportunity to add to his sole Three Lions cap earned in 2015 – he replaced Kane from the bench on that occasion – before awful injury troubles at Liverpool.

The Southampton striker, who scored the only goal in the game Kane suffered his injury, is enjoying the best season of his top-flight career, scoring 13 times already.

Southgate surely must at least assess Ings as an option in the March internationals, while Callum Wilson will hope to return to form for Bournemouth in order to stake his own case. Everton's Dominic Calvert-Lewin may also be in with a chance.