Mumbai, June 10: Another day, another Chhetri show. This seems to be a script that the Indian football team is quite happy with as their skipper netted in a brace to lead his side to the Intercontinental Cup title at the Mumbai Football Arena on Sunday (June 10). 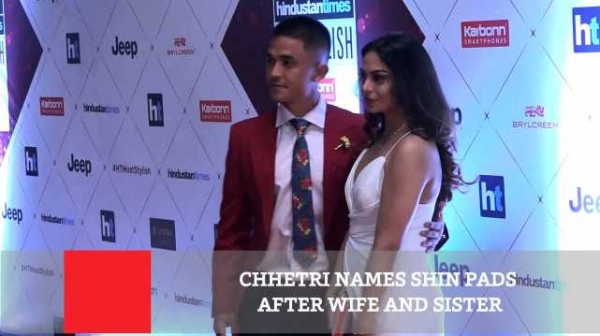 Two goals from Sunil Chhetri in the eighth and the 29th minutes were the only time the nets were ruffled on a dry and humid evening here as the hosts registered a 2-0 victory over the Harambee Stars in front of a near full house in Mumbai.

Unlike their previous tie, Sunday barely saw head coach Stephen Constantine tinker around with his starting XI. The fringe ones, who barely made an impression against New Zealand, were back on the bench, while his preferred men were back in the mix trying to find a way to unsettle the Kenyan setup.

The moment @chetrisunil11 put the ball in the back of the net 😍#BackTheBlue #INDvKEN @IndianFootball pic.twitter.com/9OeztzjUNw

However, it was the Harambee Stars who started on the front foot and came close to testing Gurpreet Singh Sandhu in the Indian goal. Chasing a Jockins Atudo pass, Ovella Ochieng went past the Indian backline with ease. But that was all he could muster from that attack as his strike at the goal lacked any zip, allowing the Indian goalkeeper make a regulation save. Pistone Mutamaba was next, charging down the left. Even the 20-year-old couldn’t trouble Gurpreet much as the Indian shot stopper maintained his fine form at the competition.

But the initial pressure barely seemed to bother the Indians as they were soon in the opposition box, testing and probing the Kenyans. Jeje Lalpekhlua came close to finding a way past the Kenyan defence from a counter. But in a 2v1 situation, the linesman supposedly spotted the Mizo striker pull his marker’s shirt and ruled in the Kenyan’s favour for a free-kick.

The disappointment from that move barely lasted for minutes as the Indians went ahead from their very next attempt on the Kenyan goal. Awarded a free-kick for Bernard Oginga’s high boot on Chhetri, the Indians resorted to a training ground routine to catch the Kenyans off guard. Anirudh Thapa drew a low horizontal ball from the free-kick to set up his skipper and the Bengaluru FC striker was not to miss from that range, slotting it past a surprised Kenyan defence on the turn.

Things could have gone from bad to worse for the Kenyans in the were next minute. But Chhetri, this time trying to make the most of a lofted ball from the back, chose to slid it across from his strike partner instead of going for the goal himself not knowing that Jeje was not even in the frame. One of those rare moments when you had to say, “What was he thinking there”.

The Kenyans did try their bit to create something and trouble the Indian fort. Oginga and Ochieng combined time and again to find a way past the Indians, but with no support coming from either their wings on the midfield, the duo was left to rue their misfortune as the Indian saw off the threat, if any, with ease.

Chhetri, meanwhile, seemed like a man on a mission on the other end and he made his intentions clear with a peach of a goal to double India’s lead. Found on the other end of an Anas Edathodika lofted ball from the back, the Indian skipper beat the offside trap and controlled the ball with his exquisite first touch and let it lose with a delightful left-footer to bring up his 64th goal in Indian colours. The goal means the Indian talisman is level with Argentine legend Leonel Messi on the list of highest active goal scorers in international football, just behind Portugal’s Cristiano Ronaldo. What do you make of that!

In the second half, though the Kenyans came much close to finding a way back into the tie, nothing went their way as the Indian backline stood tall, thwarting any attack on them.