Bengaluru, September 13: The Hero Indian Super League (ISL) season 8 is set to kick off on November 19 when ATK Mohun Bagan clash with Kerala Blasters at the Pandit Jawaharlal Nehru Stadium in Margao, Goa.

The fixtures announced on Monday (September 13) was for the first 11 round of league phase matches and the remaining fixtures will be announced later this year in December. While the season starts on November 19, the last round of 11 fixture will be played on January 9. 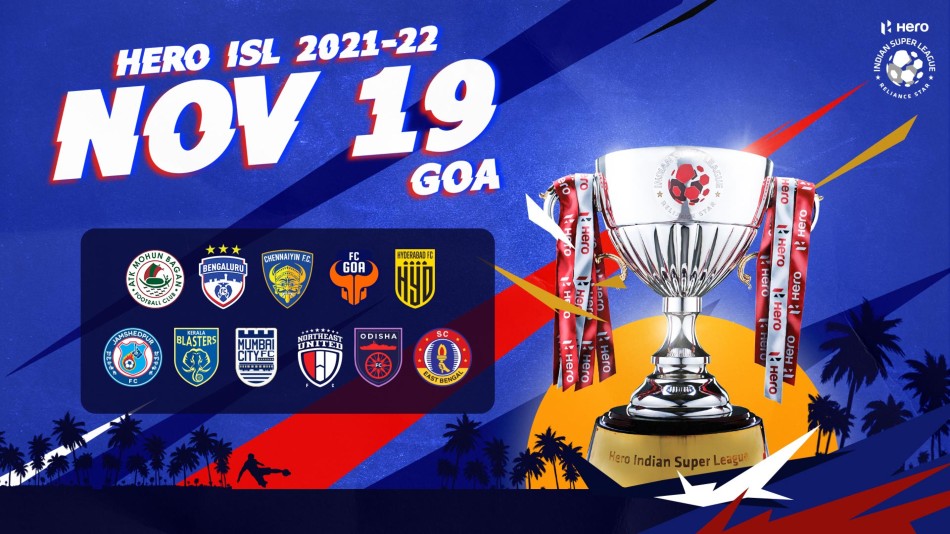 Here are the teams, venues and telecast information for ISL 2021-22:

All the matches will be shown on Star Sports Network and streamed live via Disney+Hostar VIP and JIO TV.

Here is the ISL 2021-22 full fixture list with date and timings in IST for first round 11 matches: